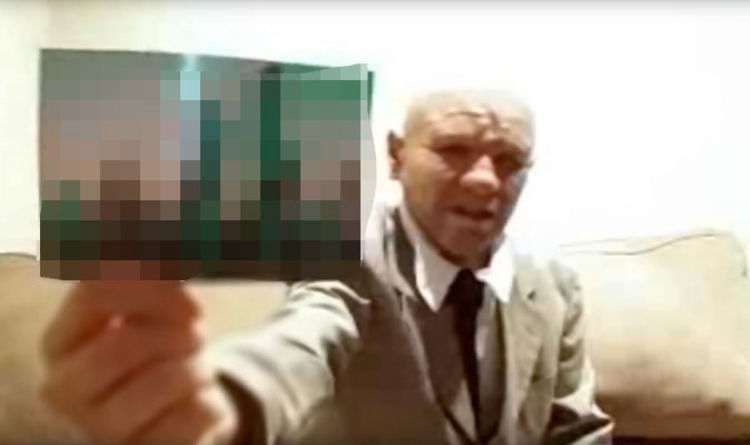 
Alexander Smith, an elderly gentleman who travelled from the year 1981, indicates he has seen what the future looks like because he was involved in a secretive CIA experiment.

In a video on YouTube, the former secret service operative admits he is risking his life by talking about his time travel because the CIA “are looking for me and I am living in hiding”.

He said: “I visited the year 2118 as part of a top secret CIA mission.

“As to my knowledge, it was one of the first times that time travel had been successfully completed.

“I went to the future and then back to the past.

Later in the video, the man offered proof of his venture to the future to ease the concerns of those who did not believe his tale.

Reaching into the pocket of his jacket the man then pulled out a picture aimed at confirming his journey.

He said: “I do have something to show you today.

“This picture was the city I walked in.

“I’ll never forget when I took that picture.

“It was right outside the city, before I had walked into it.”

The blurry picture appears to show a number of tall green buildings, each one oddly shaped.

Far from being a crowded city like London or New York, the buildings in the photo seem to be spaciously spread out.

However, little more can be deciphered from the poor quality photo.

The mysterious Mr Smith added: “I chose to wait until now to reveal that picture to you because I didn’t know if the world was ready to see it.

“That was a picture from the future which I was able to take back.

“There was only a minor amount of distortion on it that was caused by the time travelling process.”

“The Government confiscated the original photo, but before they took it from me, I did manage to make the copy I held before you.”

Detailing what the world will look like in the next century the old man also explained how humans will have received visits from aliens, speak a new language and climate change will get much worse.

The time traveller said: “Aliens do visit us, there are intelligent extraterrestrials that do come to earth.

“They visit first in the mid 21st century.”

This Artificial Synapse Can Run a Million Times Faster Than Ones in The Human Brain : ScienceAlert
Deep-Sea Sponges Can ‘sneeze’ Out Mucus, and The Footage Is Weirdly Mesmerizing : ScienceAlert
Thinking Hard and Long Can Cause Brain Drain : ScienceAlert
A Common ‘Forever Chemical’ Has Just Been Linked to Liver Cancer in Humans : ScienceAlert
‘Structured Water’ Is Not What People Claim. Don’t Believe The Hype, Scientist Says