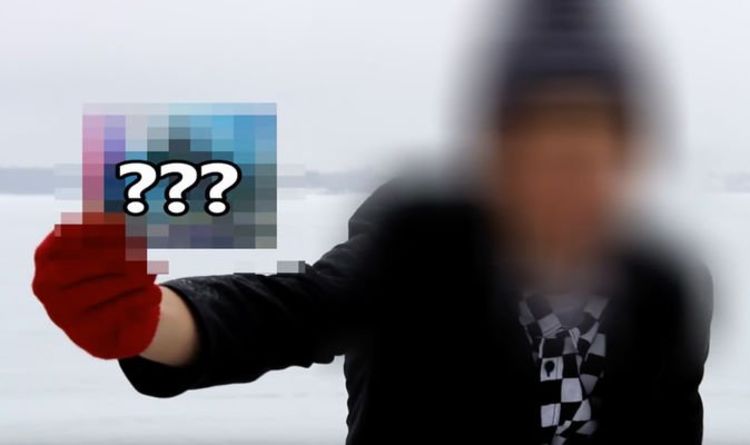 
The anonymous man’s time travel confession emerged on Wednesday, March 27, after he shared his story with online paranormal investigators. The supposed time traveller had his face blurred and voiced distorted in the video but he said he is the real deal. Speaking to a camera for YouTube channel ApexTV, the time traveller produced three photos, which he said he took on a mission in the year 3311. The time traveller said he has an “extremely interesting story” to tell – a story about his past and his future.

The man said: “What I am telling you is true and I even have the evidence to prove it.”

He then pulled out three photos of what the world is supposed to look like nearly 1,300 years into the future.

The first bizarre photo appears to show a futuristic city built on some sort of floating island in the sky.

The time traveller said: “This was not the only picture I took in the future.

“I got into the teleportation machine again but this time it brought me to a very different place and I took a picture of that place as well. Let me show you that picture.”

He then pulled out a photo of a building, which he said is a typical house in the far future.

And his last picture was of a flying vehicle passing over some homes and trees.

The three photos, the time traveller boldly claimed, are supposed to back up his questionable story.

According to the time traveller, he snapped the pictures after he was elected to take part in a secret time travel operation in the 1990s.

He said he was selected due in no small part to his accomplishments at school in the area of computer development.

And he argued the secrets of time travel were cracked through the mysterious applications of quantum computing.

He said: “I can’t say the name of that organisation but I can assure you that organisations like the one I’m describing, and many many more, not only exist but are carrying out secret programmes behind closed doors.”

However, all three photos presented by the supposed time traveller are clever edits of pre-existing photographs, meant to look as if they are from the future.

The first photo is an edit of a mountain forest valley wallpaper hosted on the website 7-themes.com with a floating city pasted in.

The second photo is actually an edited photo of the Antilia building, which is the private home of Reliance Industries’ chairman Mukesh Ambani in South Mumbai, India.

Many of the people who saw the video, saw through the deception and called out ApexTV in the comment section.

Vignesh Baidu said: “Next time at least take a selfie so that we can clarify it’s not photoshopped.”

Hundreds of Elephants Have Died in Botswana, And We Don’t Know Why
Math Genius Has Come Up With a Wildly Simple New Way to Solve Quadratic Equations
Ancient 12,000-Year-Old Mine Discovered in Underwater Caves on Mexican Coast
Video Goes Viral Showing Bird of Prey Capturing a Shark-Like Fish in Its Claws
Earth’s Magnetic Field Could Be Changing Much Faster Than We Ever Realised