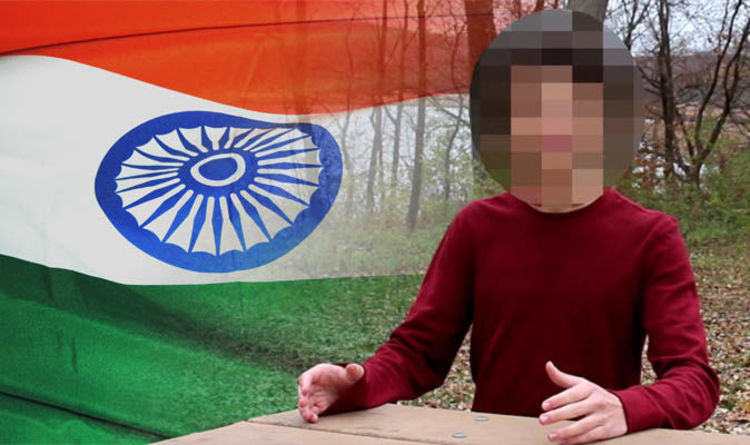 The anonymous man, known only as Noah the time traveller, said India will undergo extraordinary technological and social changes by the year 2030.

In a shocking claim made online, Noah said India will invest heavily in incredible advancements in the next two decades.

He claimed the country will push money into developing a powerful time travel program and cybernetic enhancements for the population.

These technological developments will secure the country’s rise to global power, even surpassing the time travel capabilities of the United States.

According to Noah, widespread knowledge of time travel will disseminate to the public in the year 2028.

The technological revelation will supposedly forever change the world and India will benefit from this the most.

Speaking to paranormal investigators from the Apex TV YouTube channel, Noah said he aims to “share the truth” of his time travel adventures.

He said: “In the year 2029, India develops a technology that changes the world.

“I remember hearing the news about this when I was in the future.


In the year 2029, India develops a technology that changes the world

“In the year 2029, people in India come out with a chip able to be planted in the body.

“This chip makes your brain on average six times more powerful than it normally is.”

Noah, who said he has met people with these cybernetic enhancements, claimed the experience was akin to “talking to God”.

The brain chips will make people much smarter and more intelligent than “the average person”.

The time traveller said: “The chip basically connects their brain to the internet.”

But despite the rapid pace of development in the coming years, the Indian subcontinent will supposedly suffer from mass overpopulation.

In order to deal with a rapidly growing population, Noah claimed India will send its citizens out to the stars to colonise the solar system.

Time traveller Noah claims to have lived in the year 2030 before coming to 2018 (Image: GETTY)

He said: “The biggest problem in India in the future is that there is too many people. Overpopulation is a big problem.

“But India’s space program is going to send people to live on Mars for free.”

However, there is very little scientific evidence to suggest anything Noah told Apex TV is a true reflection of the future.

According to William Hiscock, a professor of physics at Montana State University, being able to travel backwards in time as described by Noah is very unlikely.

The physics expert said: “Time travel into the past, which is what people usually mean by time travel, is a much more uncertain proposition.

There are however some who were captivated by Noah’s story and were desperate to find out more about the future of India.

Time travel technology and brain implants will give India the edge over the rest of the world (Image: GETTY)

One comment by Jermaine Paparoa said: “My heart goes out to you. You will not be in vain.

“On behalf of mankind itself, you are honourable. Thank you Noah.”

Keith Jordan asked: “Great that Noah is ok. I don’t want to mess up Noah’s timeline but has he seen his parents in this timeline?”

And Rosham Roy said: “I want to ask Mr Noah about alien contact. When will we officially meet them on Earth? Please let me know I’m very excited to know.”

Psychologists Found a Weird Trick That Changes How Food Tastes : ScienceAlert
Millions of ‘Silent Synapses’ Could Be The Key to Lifelong Learning : ScienceAlert
Engineers Propose an Ambitious Plan to Bury Excess Carbon at The Bottom of The Ocean : ScienceAlert
Giant Asteroid Unleashed a Devastating Martian Megatsunami, Evidence Suggests : ScienceAlert
Mars Once Had So Much Water, It Could Have Been An Ocean World, Scientists Say : ScienceAlert