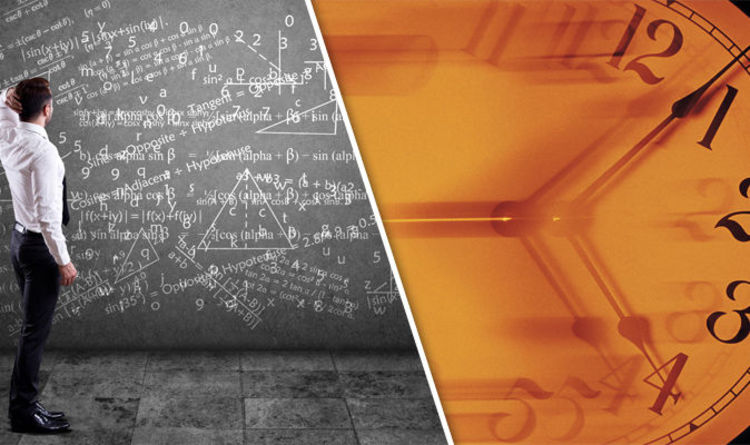 
The trick to the feat, according to a group of scientists, is to manipulate the curvature in space-time – the connection of time and the physical universe.

Theoretical physicist and mathematician, Ben Tippett, from the University of British Columbia in Canada, said: “People think of time travel as something as fiction. And we tend to think it’s not possible because we don’t actually do it.

“But, mathematically, it is possible.”

In a paper titled “Traversable acausal retrograde domains in spacetime”, or TARDIS for short, experts outline how a machine could manipulate the spacetime continuum enough to travel backwards through time.

In the paper, published in the journal Classical and Quantum Gravity, the mathematicians from the University of British Columbia and the University of Maryland wrote: “In this paper we present geometry which has been designed to fit a layperson’s description of a ‘time machine’.

“It is a box which allows those within it to travel backwards and forwards through time and space, as interpreted by an external observer.

“Delighted external observers would be able to watch the time travellers within the box evolving backwards in time: un-breaking eggs and separating cream from their coffee.”

To achieve time travel, specifically backwards, the machine would need to have the ability to warp spacetime – which is the connection of time and the physical universe.

Strong gravitational forces – such as black holes – may be the key to time travel as research has shown that intense gravity can slow down the passage of time.

As a result, a strong force could disrupt spacetime and “bend time into a circle for passengers” providing the traveller is exceeding the speed of light.

However, while time travelling is possible, Mr Tippett believes that no one will ever be able to build a machine capable of doing it.

He added: “While is it mathematically feasible, it is not yet possible to build a space-time machine because we need materials — which we call exotic matter — to bend space-time in these impossible ways, but they have yet to be discovered.”

This Artificial Synapse Can Run a Million Times Faster Than Ones in The Human Brain : ScienceAlert
Clinical Trial Restored Sight to 20 People With Corneas Made From An Unlikely Source : ScienceAlert
Minor Google Meltdown Exposes The World’s Utter Reliance on a Single Tech Company
Deep-Sea Sponges Can ‘sneeze’ Out Mucus, and The Footage Is Weirdly Mesmerizing : ScienceAlert
This Seemingly Simple Foot Feature May’ve Allowed Sauropods to Become Giants : ScienceAlert