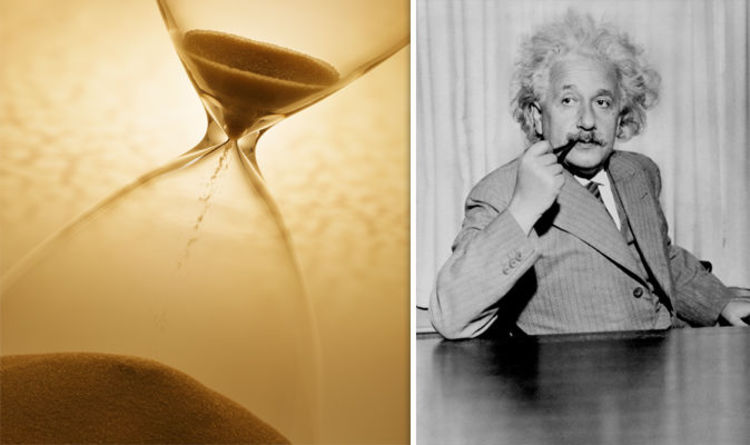 
Ronald Mallett, a theoretical physicist from the University of Connecticut, believes laser lights are the key to time travel.

Prof Mallett is working on a new machine based around the fact light can create gravitational fields, put forward in Albert Einstein’s General Theory of Relativity.

Einstein believed the three dimensions of space were all linked to time, which then acts as the fourth dimension, dubbed space-time.

Theoretically, this means it could be possible to fold space-time, making it possible to travel huge distances in an instant.

Prof Mallet has been working on a machine which he hopes will acts as a sort of time travel machine.

This is because, if Einstein was correct and space and time are tied, warping time is possible.

The 72-year old’s device uses lasers to generate a circulating beam of light.

The space in the “ring laser” would become twisted “like stirring a cup of coffee”.

Prof Mallet told the BBC: “If space is being twisted strongly enough, this linear timeline is going to be twisted into a loop.

“If time all of a sudden is twisted into a loop that allows us the possibility of travelling into the past.”

The physicist’s love of time travel stems from childhood when his father was just 33-years old and Prof Mallet was 10.

Following the death of his father from a heart attack, Prof Mallet withdrew into his books.

He said: “A year after that when I was 11, I came across the book that changed everything for me. That was The Time Machine, by HG Wells.

“The cover caught my attention, but it was when I read the inside, and it said: ‘Scientific people know very well that time is just a kind of space and that we can move forward and backwards in time, just as we can… in space’.

“When I read that I said: ‘This is wonderful!’.

“If I could build a time machine, then I could go back into the past and see my father again and maybe save his life and change everything.”

However, Prof Lee Smolin, from the Perimeter Institute in Waterloo, Canada, said it is doubtful Prof Mallets machine will ever work.

“If what’s real is the present moment and the past is only real in the sense that there are memories and records of it in the present, and the future is still to exist… there’s nowhere to go.”