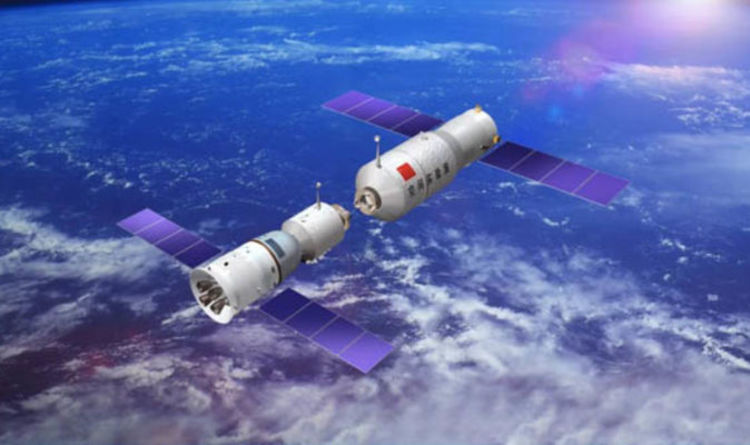 
China’s Tiangong-1 spacecraft is likely to fall to Earth sometime between Friday and Monday and could shower debris over an area covering thousands of square kilometres, however the risk to people will be very small, the European Space Agency.

Tiangong-1 orbits Earth once every 90 minutes at a speed of about 27,000 km/h, so it is difficult to predict the crash site of the spacecraft.

The Aerospace Corporation estimated the re-entry will be between 43 degrees north and 43 degrees south latitudes, which puts the crash site of around Spain, France and Portugal.

The space station is hurtling towards Earth at a speed of around seven kilometres a second.

Which means it is difficult for experts to predict where the spacecraft will land exactly, as even a few minutes is enough time to bring the station over a completely different part of the planet.

The area it could land covers much of the Earth, including vast stretches of North and South America, China, the Middle East, Africa, Australia, parts of Europe – and great swathes of the Pacific and Atlantic oceans.

It is more likely to impact at the edge of that area near the southern or northern latitudes.

The European Space Agency said a more precise forecast for where Tiangong-1 will come down will only be possible from one day before re-entry and even then any predictions could be off by thousands of kilometres.

China’s first space lab was launched into orbit in 2011 to carry out docking and orbit experiments as part of China’s space programme, which aims to place a permanent station in orbit by 2023.

ESA said Tiangong-1 ceased functioning in March 2016 and scientists are no longer able to control it.

Most of China’s prototype space station is expected to burn up in the atmosphere as it hurtles through Earth, however there is a chance part of it will survive.

The Aerospace Corporation said it is highly unlikely the reentry will strike any person or damage any property.

The agency said: “In the history of the spaceflight, no known person has ever been harmed by reentering space debris.

“Only one person has ever been recorded as being hit by a piece of space debris and fortunately she was not injured.”

In 1997 a woman was stuck on the shoulder by an object, believed to be part of a Delta rocket, however she was not injured, although she is thought to be the only person ever struck by spaceship debris.