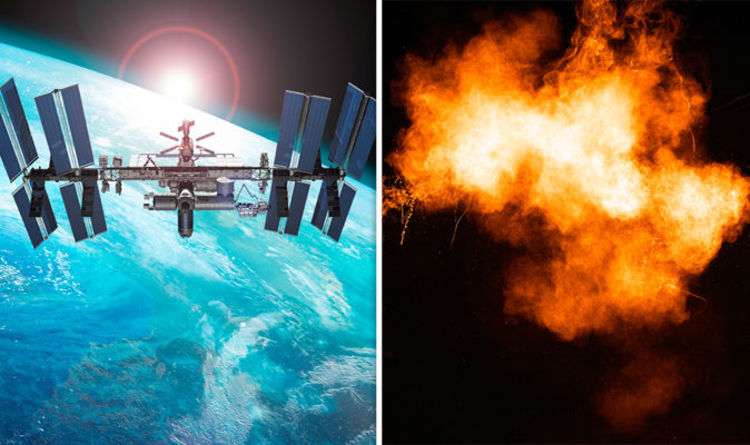 Tiangong 1 has been out of control since September 2016

The Tiangong-1 spacecraft has been out of control since September 2016 and could come crashing into Earth between March 30 and April 6, according to experts.

It has the highest chance of crashing into cities along a narrow strip around latitudes of 43 degrees north and south which includes a number of highly populated cities such as New York, Barcelona, Beijing, Chicago, Istanbul, Rome and Toronto.

While most of the satellite will burn up during re-entry, around 10 to 40 per cent of it is expected to survive as debris and other parts may contain the dangerous chemical hydrazine.

Senior lecturer in Aerospace Engineering at the University of Southampton Dr Hugh Lewis said: “The spacecraft is travelling around a more or less circular orbit, which is tipped with respect to the equator at 43°.

“If you plot this path on a map of the Earth, it produces a sine wave pattern, with the slower curve of the wave in northern and southern latitudes and the faster straighter sections running from east to west.

“If you imagine the green low-risk area on the map is the part of the road we’re trying to walk across, the quickest way is to go at 90 degrees – straight across.

“When the spacecraft crosses the equator, it’s crossing the road at this point, and it does so really fast.

“When it goes across the red bands further north and south, it’s crossing at a steeper angle – almost parallel to the road.

“It takes longer to cross at these latitudes, which is why it has a higher risk of coming down here.” 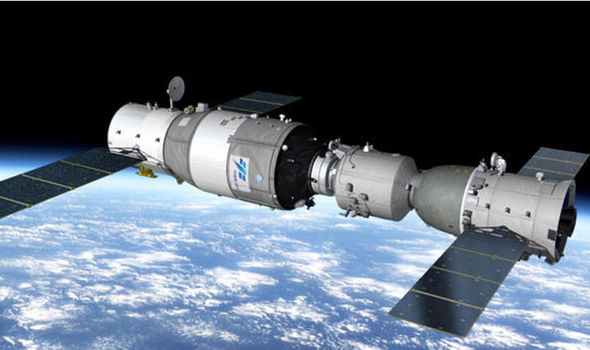 Predictions of Tiangong-1’s most likely point of impact come from Aerospace, a US research organisation based in El Segundo, California.

It says the space station will enter Earth’s atmosphere on April 4, give or take a week.

In particular risk in the northern hemisphere are northern parts of the US including Boston, Des Moines, Detroit, Milwaukee, Philadelphia and Salt Lake City.

Florence, Italy, Monaco City and Sochi and Russia are also at risk.

In the southern hemisphere, other cities which might be affected include Trelew, Argentina, Christchurch, New Zealand, and Sapporo, Japan.

Speaking to the Mail Online, Dr Lewis added: “We can’t say precisely where as we don’t know which orbit it will come in on. At this point in time it’s very difficult to say. 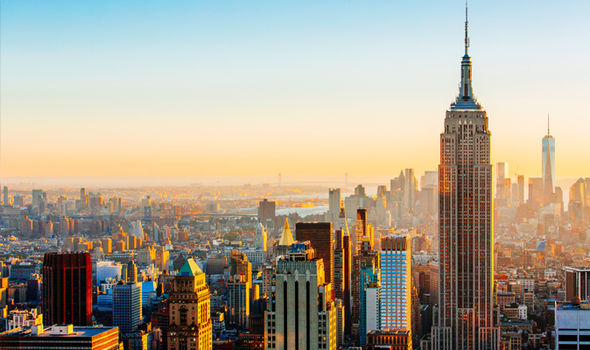 Tiangong 1 could crash into New York

“If you take how far in advance you make your prediction, the rule of thumb for error is around 10 per cent.

“If we were to predict again with a week to go, this would narrow to less than one day, or 16 possible orbits.

“My expectation is that what little of the craft survives the atmosphere will impact the ocean.” 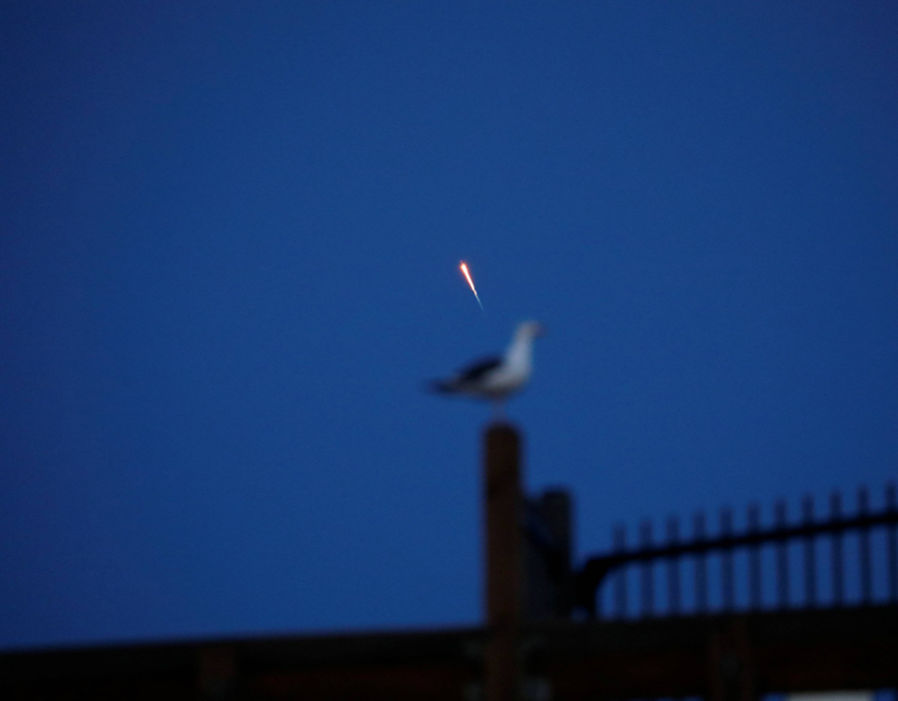 In recent months, the spacecraft has been speeding up and is now falling by more than 6km (3.7 miles) a week.

An astrophysicist from Harvard University, Jonathan McDowell, said: “Every couple of years something like this happens, but Tiangong-1 is big and dense so we need to keep an eye on it

“It is only in the final week or so that we are going to be able to start speaking about it with more confidence.

“I would guess that a few pieces will survive re-entry. But we will only know where they are going to land after after the fact.”

Aerospace Corp has issued its own forecast about the likelihood of being hit by falling debris.

A company spokesman said in a statement: “When considering the worst-case locations, the probability that a specific person will be struck by Tiangong-1 debris is about one million times smaller than the odds of winning the Powerball jackpot.

Tiangong-1 spacecraft was launched in 2011 and was intended to be used the craft to set up a larger space station.

Newly Discovered Fossil Reveals Hundreds of Teeth ‘Never Seen Before in a Pterosaur’ : ScienceAlert
Scientists Reveal The Most Distant Galaxy We’ve Ever Found : ScienceAlert
Mysterious ‘Zone of Uncertainty’ Inside The Brain Reveals a Surprise : ScienceAlert
There’s a ‘Lost City’ Deep in The Ocean, And It’s Unlike Anything We’ve Ever Seen : ScienceAlert
Intriguing Meteorite From Mars Reveals ‘Huge Organic Diversity’, Scientists Say : ScienceAlert