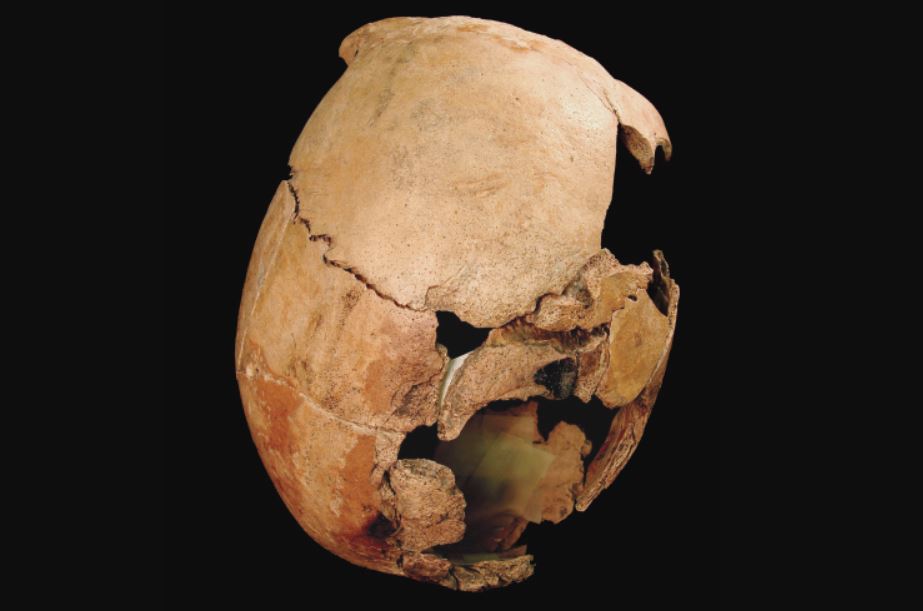 
“Mutilated and processed” is not a phrase that you ever hope to read in any context whatsoever.

But it fits good to Sacred Ridge in Colorado, an ancient Native American settlement consisting of 22 pit houses.

One day, as archeologists were cataloging the usual pots and tools and petrified turds and such, they stumbled straight into a problem: scientists didn’t have enough room on their checklist for the huge amount of two-headed axes spattered in human blood that they were finding.

And the pit homes were absolutely filthy with “mutilated and processed” human bodies.

So what happened here?

Attackers with a deadly plan climbed a knoll to a Pueblo village called Sacred Ridge around 1,200 years ago. What happened next was anything but sacred.

The bloody conquerers indeed diced approximately 35 people into nearly 15,000 horror nuggets and scattered them all over Sacred Ridge. In other words, each person had been divided 430 times with an ax.

There’s also evidence that, before being butchered, burned, and pulverized, the victims were hobbled and generally beaten about the feet and ankles, most probably because that hurts!

And even with the astounding number of human bits scattered all around, some were conspicuously missing, because the killers took heads, hands and feet as souvenirs.

By analyzing the teeth and whatever other parts of the victims could be pieced back together, researchers discovered that they were of a different ethnic group than the other residents at Sacred Ridge, meaning that what we have here is a case of good old-fashioned genocide.

It seems that such Middle Ages’ actions are always trendy, especially in Mexico, right now.

An Expert Explains Why The Radioactive Water Stored at Fukushima Should Be Released : ScienceAlert
Newly Discovered Fossil Reveals Hundreds of Teeth ‘Never Seen Before in a Pterosaur’ : ScienceAlert
This Physicist Says Electrons Spin in Quantum Physics After All. Here’s Why : ScienceAlert
One Simple Idea Makes It Much Easier to Manage Your Weight Over Time : ScienceAlert
Dogs Can Be Aggressive For Lots of Reasons, And One of Them Is You : ScienceAlert