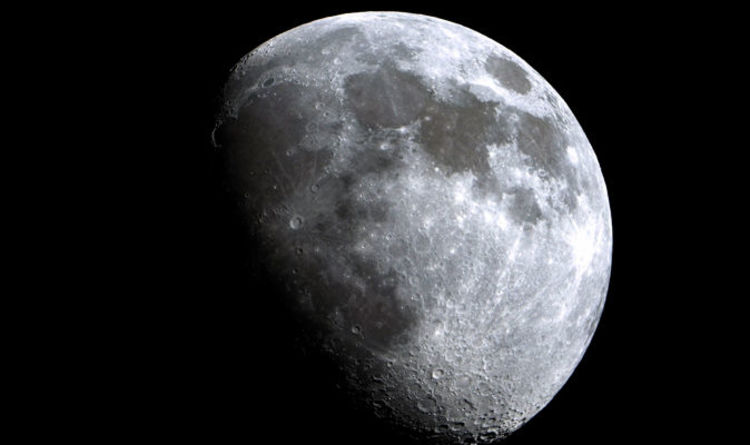 
Two lunar missions have found that water on the moon is widely distributed and not confined to a particular region.

The discovery builds on that from last August when scientists at Brown University discovered huge pockets of sub-surface water.

At the time they wrote: The nearly ubiquitous presence of water in large and small lunar pyroclastic deposits adds to the growing evidence that the lunar mantle is an important reservoir of water.”

However, new research has found that almost all of the Moon could be covered in water, which could be used by future astronauts to drink or it can even be converted into hydrogen and oxygen for rocket fuel or oxygen to breathe.

Joshua Bandfield, a senior research scientist with the Space Science Institute in Boulder, Colorado, said: “We find that it doesn’t matter what time of day or which latitude we look at, the signal indicating water always seems to be present.

“The presence of water doesn’t appear to depend on the composition of the surface, and the water sticks around.”

The water tends to be in the form of OH, rather than H2O, according to researchers.

The difference between the two is that H2O is made up of one hydrogen atom and one oxygen atom, OH on the other hand is more reactive and tends to attach itself chemically to other molecules.

This would mean that the water would have to be extracted from minerals, whereas H2O tends to flow freely.

Not only could this discovery mean that humans could sustain themselves on the Moon or use it as a base for deep space travel, but there could be even bigger implications for how experts can study exoplanets that may also have water which has been hiding from us.

Science website Futurism reads: “As we search for exoplanets, it can be difficult to concretely observe the conditions of their surfaces.

“Perhaps remote sensing instruments and new analysis techniques like those used for this study can improve such observations from afar.”

These 5 Traces of Ancient Ancestors Still Exist in Human Bodies Today : ScienceAlert
People Who Don’t Exist Look More Real Than Actual People, Study Finds : ScienceAlert
This Physicist Says Electrons Spin in Quantum Physics After All. Here’s Why : ScienceAlert
Physicists Break Record Firing a Laser Down Their University Corridor : ScienceAlert
One Simple Idea Makes It Much Easier to Manage Your Weight Over Time : ScienceAlert