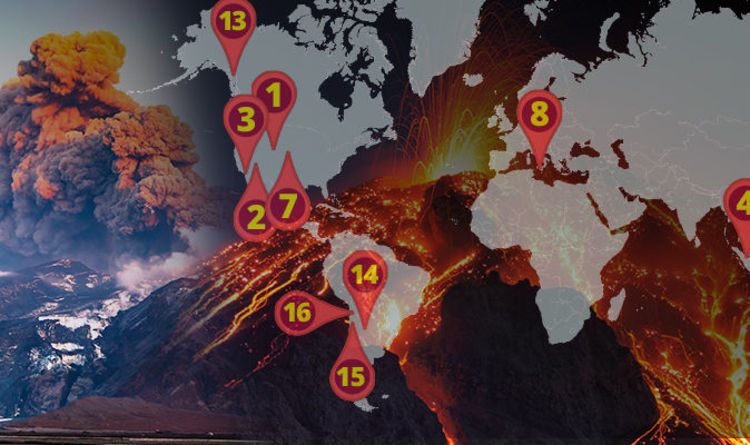 They have wiped out swathes of life before and there is a serious possibility they will do so again in the future.

A supervolcano by definition is one which has had an eruption of magnitude 8 – the highest and most violent possible – on the Volcano Explosivity Index in the past.

The US is a hotspot for supervolanoes, with four currently located in the North American country, while Europe only has the one – but it is one which could destroy the continent.

However new findings suggest they could happen as frequently as once every 5,200 years while the most likely time between super-eruptions is now thought to be around 17,000 years.

Here are a list of some of the supervolcanoes which could devastate humanity.

Supervolcanoes MAPPED: Where the world’s biggest volcanoes are which could end all life (Image: GETTY) 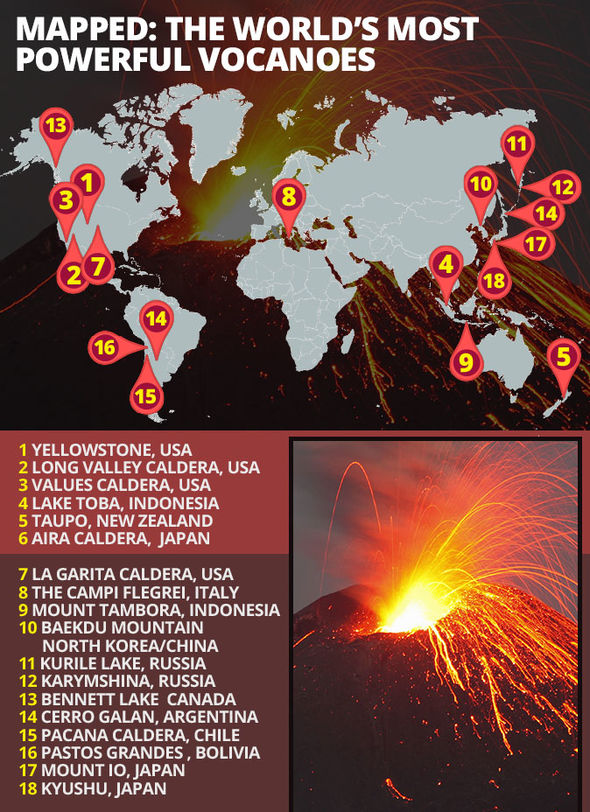 A map of supervolcanoes (Image: GETTY) 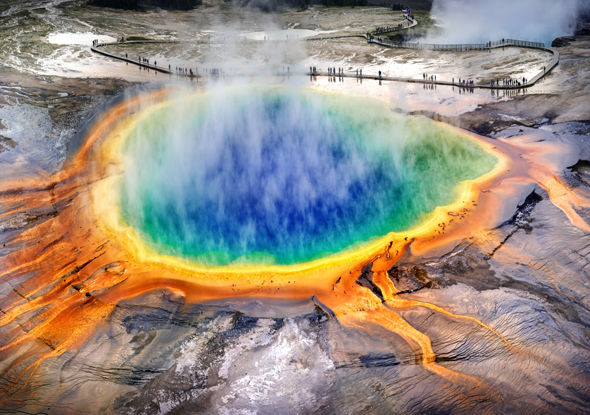 Yellowstone, located in Wyoming, USA, is the most famous supervolcano and also has the potential to be the most powerful.

If the powerful volcano were to erupt an estimated 87,000 people would be killed immediately and two-thirds of the USA would immediately be made uninhabitable.

The thousands of tons of ash spewed into the atmosphere would block out sunlight and directly affect life beneath it creating a “nuclear winter”.

Massive amounts of sulphur dioxide thrown into the atmosphere will form a sulphur aerosol that reflects and absorbs sunlight. 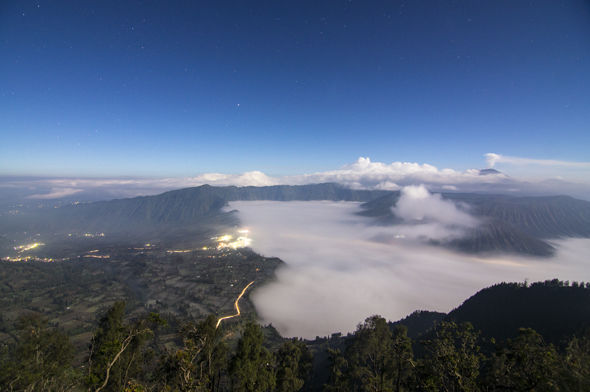 The Long Valley Caldera is another supervolcano located in the US.

The Californian volcano has so much magma beneath the surface, it could support an eruption equivalent to the massive one which occurred 767,000 years ago, which released 140 cubic miles of material into the atmosphere.

By comparison, the 1980 Mount St Helens eruption resulted in the release of 0.29 cubic miles.

During the last 5,000 years, an eruption has occurred somewhere along this chain every 250 to 700 years – but usually only small ones to relieve the build-up of pressure beneath the surface. 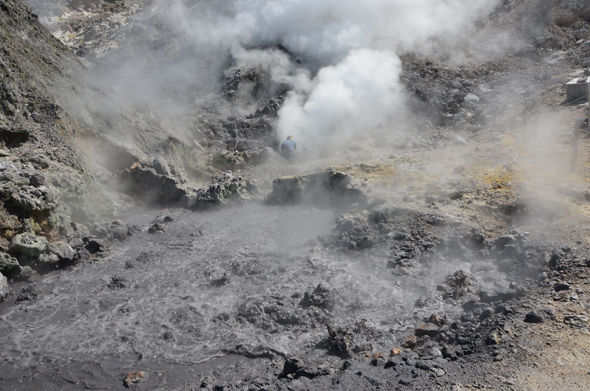 Also known as the Phlegraean Fields, Campi Flegrei is Europe’s only supervolcano, located beneath Naples, Italy.

Its formation some 39,000 years ago saw lava and rocks thrown hundreds of kilometres away in what was the most violent eruption in the past 200,000 years in Europe.

It is the most densely populated volcanic region in the world, with three million people living in the nearby city of Naples.

Scientists noticed that pressure was building at Campi Flegrei in 2005 and in 2012 they raised the alert level from Green to Yellow – prompting stricter monitoring at the site.

The ancient volcano last erupted in 1538 although it was only minor, lasting for eight days. 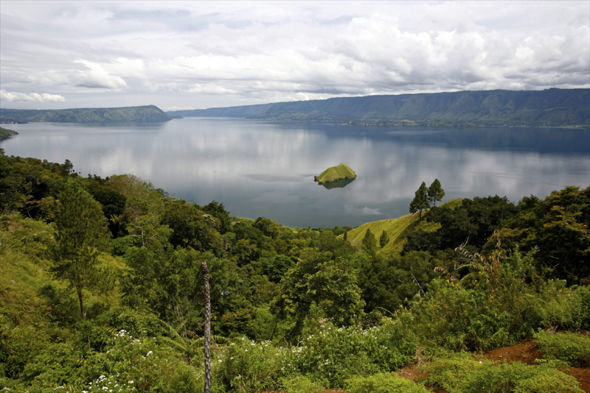 Lake Toba is one of the world’s biggest supervolcanoes and is located in Sumatra, Indonesia.

It last erupted 74,000 years ago saw 2,800 cubic km of material ejected into the atmosphere.

Following the eruption, global temperatures plummeted for a decade, covering huge areas of Indonesia and India in ash.

An island in the middle of Lake Toba, Indonesia, is slowly rising and is thought to be a sign the Earth is bulging due to magma pressure below the surface. 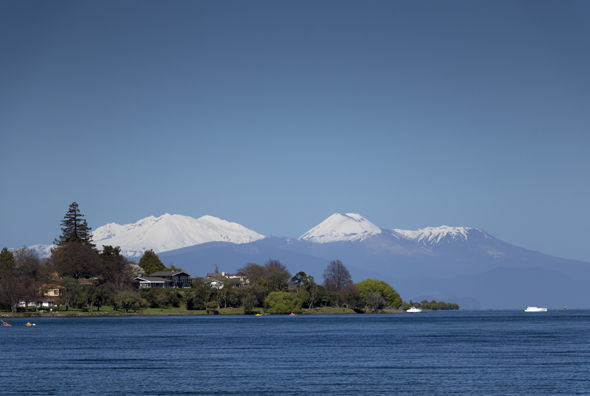 A supervolcano located beneath the surface of Lake Taupo in the middle of New Zealand’s North Island.

It first began erupting around 300,000 years ago and has rarely been quiet since.

Taupo is responsible for the most recent supervolcao eruption when it burst into life around 26,500 years ago, shoving 1200 cubic km of pumice and ash into the atmosphere.

Since then, there have been 28 smaller eruptions, separated in time by between 50 and 5000 years showing just how unpredictable this one can be.

Control of a 6-Qubit Processor in Silicon : ScienceAlert
Biology Inspires a New Kind of Water-Based Circuit That Could Transform Computing : ScienceAlert
A Rare Condition Makes Hair Truly Untamable, All Thanks to These Genes : ScienceAlert
Superconductivity Model With 100,000 Equations Now Contains Just 4 Thanks to AI : ScienceAlert
Hubble And Webb Pics Reveal DART Impact Was Even Bigger Than Expected : ScienceAlert