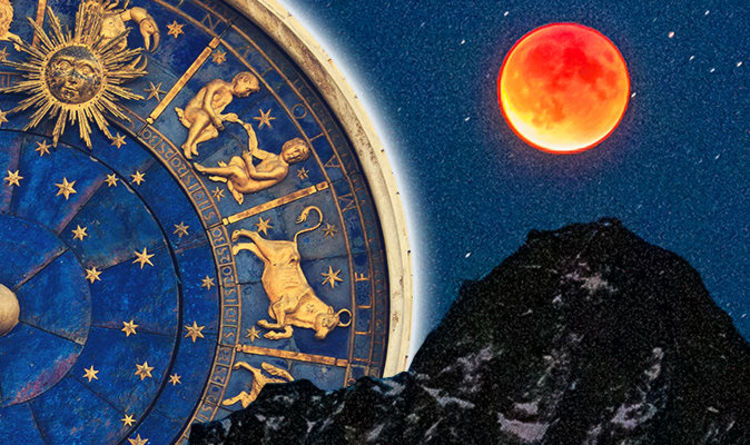 
Seeing a super blue blood moon next week has got people excited for all kinds of reasons.

It’s the combination of a total lunar eclipse with a blood moon, plus a supermoon and a blue moon.

A Blue Moon gets its name when it is the second of two full moons to appear in the same calendar month.

Lucky stargazers will also get to witness a supermoon – when the full moon appears larger and brighter than usual – and there’s also going to be a total lunar eclipse.

All in all, it’s a pretty amazing sight, the likes of which hasn’t been seen for 150 years.

What is the super blue blood moon eclipse’s spiritual meaning?

Blood moons are thought to be part of prophecies, originally serving as an omen in the Book of Joel, where it is written “the sun will turn into darkness, and the moon into blood, before the great and terrible day of the Lord comes.”

Citing US President Donald Trump’s decision to move the US embassy to Jerusalem and recognise it as the capital, he said: “The Talmud states that Israel is judged by our actions, by our commitment to Hashem (God), and not by astrological signs.

“In fact, the Talmud states that a lunar eclipse is a bad sign for those who hate Israel.”

Other theorists point to blue moons as being spiritually significant.

Blue moons have a romantic place in popular culture – you’ve probably heard the saying “once in a blue moon” referencing their rarity.

Astrologists believe full moons are when lunar energy is at its most powerful, being able to affect tides through the pull of the moon’s gravity.

Bizarre Creatures Are World’s First Self-Replicating ‘Living Robots’, Scientists Say
Finally, a Fusion Reaction Has Generated More Energy Than Absorbed by The Fuel
This New Ultra-Compact Camera Is The Size of a Grain of Salt And Takes Stunning Photos
These Record-Breaking Simulations of The Universe Aim to Solve a ‘Tiny’ Problem
Physicists Confirm The Existence of Time Crystals in Epic Quantum Computer Simulation