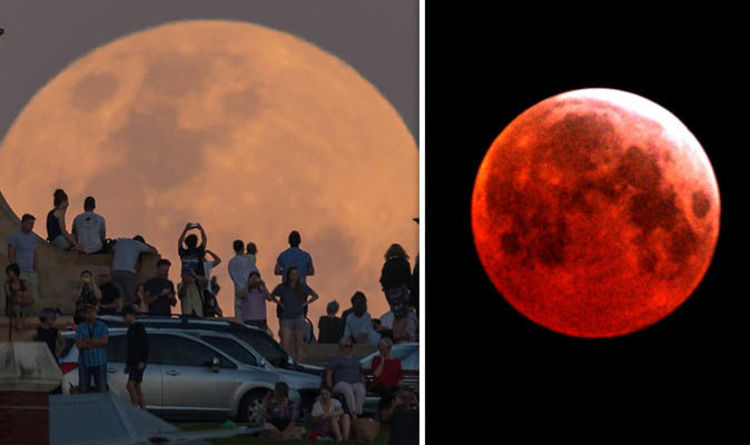 
The phenomenon occurs only every 150 years and it will be visible in its entirety from Western North America across the Pacific to Eastern Asia.

India will be able to view the lunar eclipse on Wednesday January 31 and it will last for one hour and 16 minutes in the country.

The lunar eclipse will coincide with a supermoon – also known as a blue moon as it is the second supermoon in a calendar month.

Where can you watch the Super Blue Blood Moon in India?

In India, the super blue blood moon will be visible between 6.21pm and 7.37pm on January 31, according to the Times of India and will start at around 5.18pm IST.

The eclipse will last for about 1 hour and 16 minutes.

“The rising moon, at 6.21pm will be slightly more reddish in colour than it usually is.

“Expect to see what you see on a full moon day; in fact, on the 31st, the moon will be less bright than it usually is since there will be the earth’s shadow on it.”

Amateur astronomer Praveen Suryavanshi said the spectacle is best viewed from a high vantage point or away from the pollution of city lights.

“To witness the January 31 event, all one needs is a high altitude area like building tops or terrace with a clear view of the eastern horizon devoid of light and dust pollution.

“But if you are in the outskirts, you will get a brighter view. As it’s winter, there won’t be clouds and the cold air will get you a better view.”

The next total lunar eclipse will be visible in India on July 27 2018 but it will not be a Blue Moon or a Super Moon.

In Asia, the last time a Blue Moon and total lunar eclipse coincided was on December 30, 1982, so the phenomenon is happening after 35 years for Indian residents.