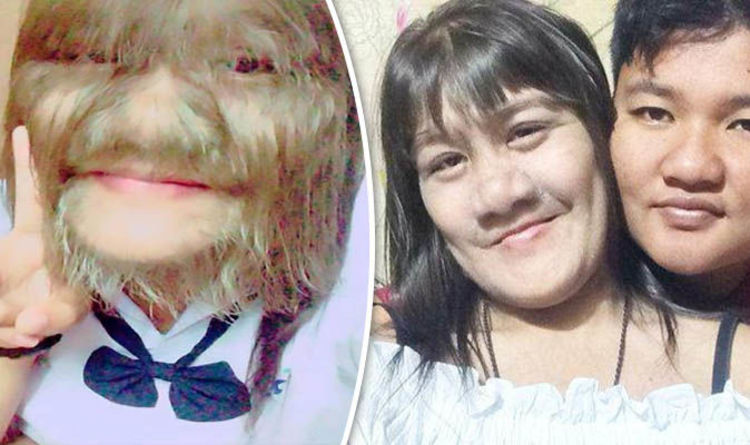 
Supatra “Natty” Susuphan, 17, from the Thai capital Bangkok, has been showing off her newly hair-free face on social media.

The genetic condition, suffered by only around 50 people worldwide since the Middle Ages, causes thick hair growth on the entire body except the palms of the hands and soles of the feet.

Miss Susuphan, who was named the hairiest teenager in the world by Guinness World Records in 2010, received laser treatment as a child but it failed to work and her hair kept growing back.

However, she has now revealed on social media that she has got married and has posted photographs showing her with no facial hair.

Her father, Samrerng, said that she had still not been cured but had simply started shaving her face.

But her social media feed suggests she has found happiness with her unnamed husband, who posted there: “You’re not just my first lover, you’re the love of my life.”

Miss Susuphan has always tried to stay positive even when her condition caused her to be bullied and be called names including Wolf Girl and Chewbacca at school.

She previously told Guinness World Records: “I don’t feel any different to anyone else, and I’ve got lots of friends at school… Being hairy makes me special.”