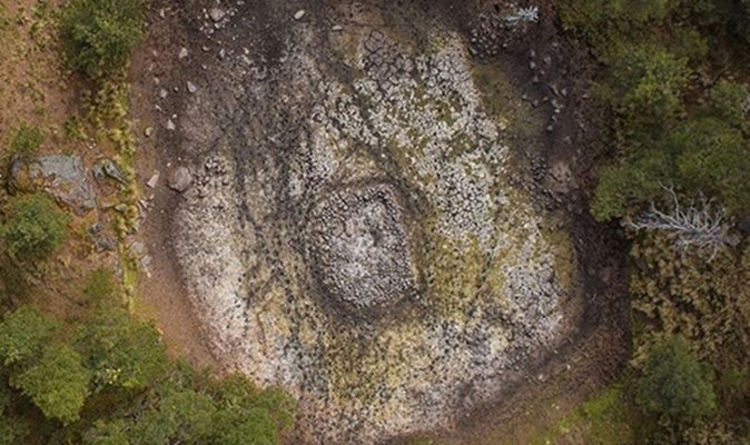 
Archaeologists have stumbled upon a 1,000 year old Aztec stone shrine which they believe is the ancient civilisation’s design of the universe.

The stone “tetzacualco” was discovered at the bottom of the Iztaccihuatl volcano and according to the National Institute of Anthropology and History (INAH), it is meant to portray a model of the universe.

The shrine would have originally been placed in a pond and is made up of stone, ceramic fragments, lithic materials, lapidaries and organic remains that were associated with Tlaloc – the Rain God in Aztec culture.

The INAH said in a statement: “The existence of a tetzacualco in the middle of a natural pond and the optical effect that occurs when the water mirrors, from which it seems that the structure emanates, suggests that the place is the representation of a primeval time and space, a miniature model of the universe.”

Archaeologist Iris del Rocio Hernandez Bautista, from the Subaquatic Archeology Subdirectorate at INAH, said: “In this area, ceramic materials were identified on the surface, some of them identified as Coyotlatelco (750-900 AD), Mazapa (850 to 900 AD) and Tollan Complex (900-1150 AD). Altogether, the archaeological evidences cover an approximate area of ​​300 by 100 metres.”

Ms Bautista added that the once-floating stone represented Cipactli – the monster of the Earth – which floated one primitive waters separate from his body, which is how the sky and Earth were created – according to Aztec mythology.

She said: “These visual effects, in addition to the characteristics of the elements that make up the site and the relationship they have with each other, make us suppose that Nahualac could represent a microcosm that evokes the primitive waters and the beginning of the mythical time-space.”

Robot Shows It’s Possible to Swim Through The Emptiness of a Curved Universe : ScienceAlert
This Artificial Synapse Can Run a Million Times Faster Than Ones in The Human Brain : ScienceAlert
‘Structured Water’ Is Not What People Claim. Don’t Believe The Hype, Scientist Says
Extreme Drought in Italy Reveals Hidden Bomb Submerged in River Since WWII
Record-Breaking Experiment Could Solve a Huge Challenge in Quantum Computing