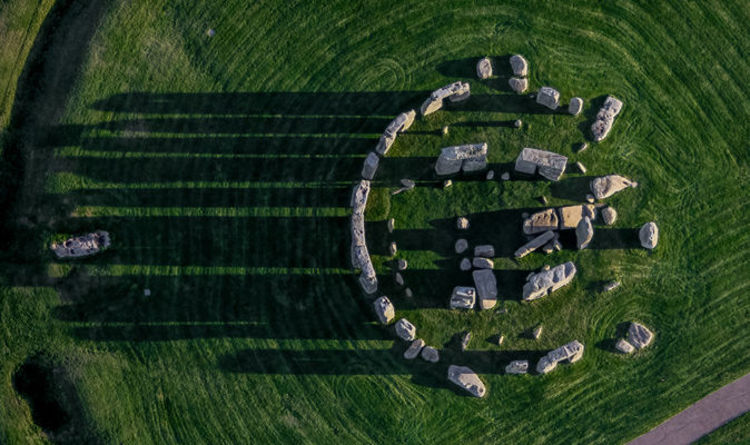 
Many assume that cavemen built the monumental megalith in Wilshire, but new evidence suggests that brainiacs could have been behind the building of Stonehenge.

A new book titled Megalith has examined the geometry of the ancient pillars and suggests that it may have been designed using Pythagoras’ theorem.

Greek philosopher Pythagoras discovered that the sum areas of two squares on two sides of a triangle will always add up to the area of a square on the hypotenuse – the longest side of a right angle triangle.

However, Pythagoras was not born until the 5th century BC – some 2,000 years after Stonehenge was erected.

Does this mean that the mysterious people who built Stonehenge established complicated mathematical formulae long before modern humans had thought of them?

Contributor and editor of Megalith, John Matineau, told the Telegraph: “People think of our ancestors as rough cavemen but they were applying Pythagorean geometry over 2,000 years before Pythagoras was born.

“We see triangles and double squares used which are simple versions of pythagorean geometry. And then we have this synthesis on different sites of solar and lunar numbers.

“We think these people didn’t have scientific minds but first and foremost they were astronomers and cosmologists.

“They were studying long and difficult to understand cycles and they knew about these when they started planning sites like Stonehenge.

“I do feel very sad that visitors to Stonehenge are not told anything about the astronomical alignments, even when they are very simple to explain.”

Megalith the book was published today to coincide with the northern hemisphere’s longest day of the year, June 21.

This is significant because Stonehenge is positioned to align with the sunrise on the two annual solstices, and if you stand in just the right place inside the Stonehenge monument on the day of the summer solstice, you will see the sun directly above the Heel Stone, which stands just outside the circle to the north-east.