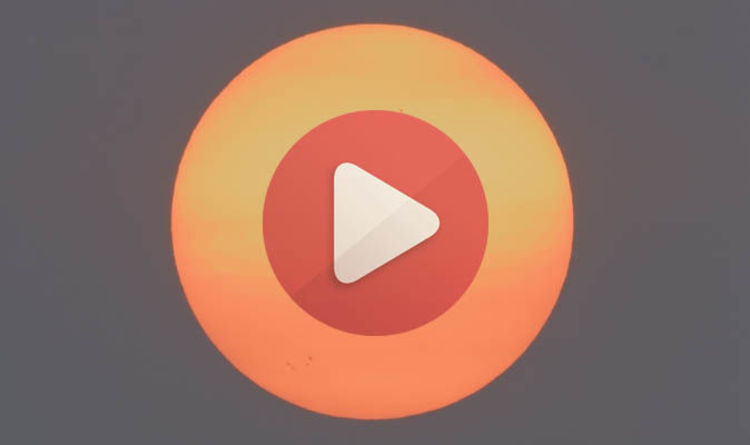 
The March Equinox in the Northern Hemisphere kicks off the start of spring, marking longer and hopefully warmer days.

To celebrate the joyous end to the miserable grey of winter, robotic space telescope service Slooh focused its telescopes on the Equinox sun this evening.

You can now relive this moment in the YouTube stream below, which started just before the equinox at 4.15pm GMT.

The date of the Spring Equinox is a fickle thing to pinpoint and shifts from year to year.

Typically observed on March 21, this year the equinox fell in the UK on Tuesday March 20.

Whereas the meteorological spring has begun on March 1, 2018, today’s date is dictated by the astronomical calendar.

Slooh has now welcomed the equinox with the help of veteran astronomer and Slooh’s Observatory Director and Chief Astronomical Officer Paul Cox.

The telescope broadcaster teased: “We’ll be watching the Sun live in unprecedented detail using Slooh’s H-Alpha Solar Telescope at the moment of the vernal equinox at 16:15UTC.

“We’ll learn about the celestial alignments that occur at the equinox, and also talk about another celestial phenomenon that is at its best at this time of year – the zodiacal light.”

In the live broadcast, Dr Cox wished everyone a happy equinox when the clock struck 4.15pm GMT.

He said: “There it is. Happy equinox everybody, there it is – the exact moment the sun is crossing the celestial equator.

“So it is directly overhead Earth’s equator. Wow.

“Do you feel any different? No I don’t either.”

From now until the Summer Solstice towards the end of December, the days will get longer and will stay longer than the night until mid September.

The Met Office said: “Today is the Spring Equinox.

“In the Northern Hemisphere, days will keep on getting longer until the Summer Solstice, when they will start to shorten again.

“Days will stay longer than nights until the Autumn Equinox.”

An equinox occurs whenever the sun passes directly over the equator and the length of day and night is almost identical.

There are two equinoxes in a year – the Spring Equinox in March and the Autumn Equinox in September.

The Spring Equinox is also sometimes known as the Vernal Equinox after the Latin word for spring, “ver”.

A Lost Interview With The ‘Father of The Big Bang’ Was Just Discovered : ScienceAlert
Scientists Are Making Catfish Hybrids With Alligator DNA For Us to Eat : ScienceAlert
Orcas Are Contaminated With a Forever Chemical Associated With an Unlikely Product : ScienceAlert
Human Brain Organoids Transplanted Into Rats Just Passed a Major Milestone : ScienceAlert
A Splash of Milk in Coffee May Have Health Benefits We Didn’t Know About : ScienceAlert