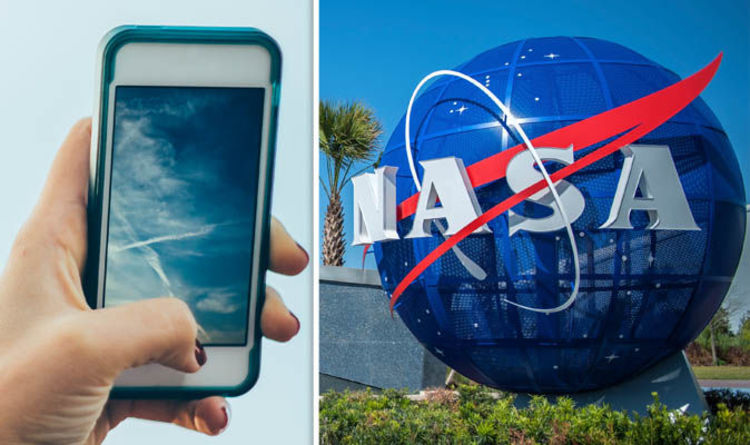 
Between now and April 15, space boffins and amateurs alike can help the US space agency validate satellite data with nothing more than their phones.

Anyone keen to participate in the crowdsourced scientific project can contribute by simply pointing their phones at the sky and snapping away.

This unprecedented enterprise is part of the Global Learning and Observations to Benefit the Environment (GLOBE) program, an international drive encouraging students to participate in data collection.

NASA has now joined the effort to collect data on clouds and help scientists classify cloud formations in satellite images.

Marilé Colón Robles from the Langley Research Center, said: “Looking at what an observer recorded as clouds and looking at their surface observations really helps us better understand the images that were matched from the satellite.”

Anyone interested in participating does not need any formal background in astronomy or meteorology.

All you need to do is download the official GLOBE observer app on your iOS or Android phone.

The app will allow you to upload up top 10 images of clouds per day and a select few will make their way into a NASA video at a later date.

NASA has enlisted the help of citizen scientists in order to help validate data collected by the Clouds and the Earth’s Radiant Energy System (CERES) instruments.

CERES was launched into orbit last November to monitor the planet below, but even NASA’s most advanced technology is not foolproof.

The space agency said: “Even though CERES’ instruments use advanced technology, it is not always easy for researchers to positively identify all types of clouds in their images.

“For example, it can be difficult to differentiate thin, wispy cirrus clouds from snow since both are cold and bright; even more so when cirrus clouds are above a surface with patchy snow or snow cover.

“One solution to this problem is to look at satellite images from a particular area and compare them to data submitted by citizen scientists on the ground.”

Alongside cloud observations, the GLOBE app will also allow you to contribute towards other areas of research.

For instance you can contribute to the Mosquito Habitat Mapper program, which identifies potential breeding sites for mosquitoes.