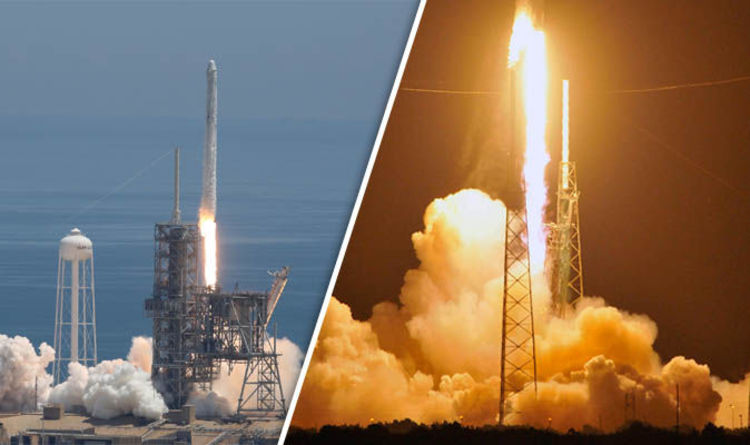 
SPACEX’S launch of a top secret US satellite appears to have failed after the spacecraft reportedly burned up in the planet’s atmosphere and fell back to Earth. But is the US satellite now lost?

Official reports of what happened during launch are scarce with neither aerospace company SpaceX nor Northrop Grumman Corp – the company behind the build – saying what happened.

Two US officials, who spoke on the condition of anonymity, said the satellite is assumed to have broken up or plunged into the sea after failing to separate from the Falcon 9 rocket.

The satellite, codenamed Zuma, is thought to be “a write-off,” one of the officials said. But there are conflicting reports about what exactly happened to the spy satellite.

What we do know is that blast-off from the Cape Canaveral in Florida on Sunday night was successful with SpaceX providing a live stream up until the payload’s deployment into orbit as expected.

US news site Washington Post reported that the Zuma payload did not separate as intended from the attached Falcon 9 rocket.

Bloomberg said there was a failure with the upper stage of the Falcon 9 rocket.

US Government officials have reportedly been briefed on the space mission’s failure but SpaceX and Northrop Grumman Corp have declined to comment.

SpaceX spokesman James Gleeson said: “We do not comment on missions of this nature; but as of right now reviews of the data indicate Falcon 9 performed nominally.”

On Sunday night SpaceX tweeted out several pictures of the launch at NASA’s Kennedy Space Center in Florida, suggesting that everything went to plan.

It has been the space manufacturer’s most secretive mission to date, with few details released so far.

Zuma is believed to a code name for a US Government satellite on a mission into low Earth orbit.

The launch was originally marked for the middle of November but was pushed back several times so SpaceX could analyse data from a previous launch.

SpaceX has announced that it will launch “the world’s most powerful rocket” later this month.

In November 2017, it emerged that SpaceX had been contracted to carry out the US Government mission to launch the Zuma payload into low Earth orbit.