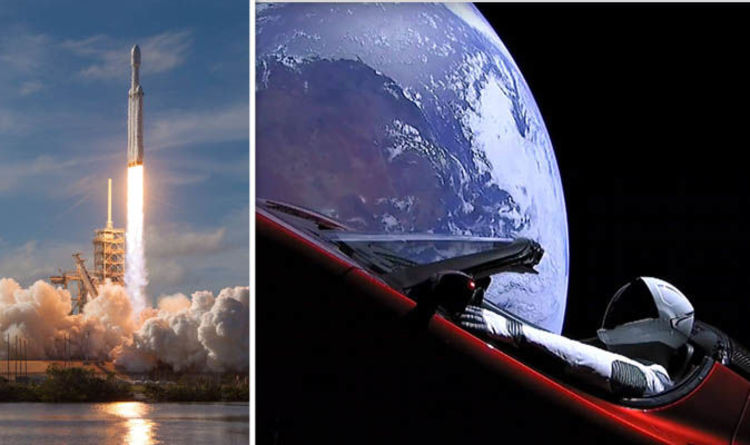 
Elon Musk’s cherry red 2008 roadster is headed towards the red planet Mars after completing one final engine burn towards a “trans-Mars injection”.

The Tesla will orbit the planet as part of a long elliptical tour around the Sun, which extends nearly 390 million kilometres (243 million miles) – some 2.61 times the average distance between Earth and the Sun, according to Space.com.

SpaceX CEO and founder Elon Musk launched his own sports car as the payload, complete with Starman mannequin driver, as part of the Falcon Heavy’s virgin rocket flight.

SpaceX also mounted cameras to the payload so live pictures could be streamed to excited fans.

How to watch the Live stream on Youtube of Tesla Roadster

You can watch live views of Starman cruising through space in his Tesla on Tuesday now on YouTube.

The video is available above. However, a live stream of the Tesla in space has been sadly been glimpsed for the last time.

Elon Musk shared the last photograph of Starman at the wheel of the roadster a few hours ago. His Instagram post said: “Last pic of Starman in Roadster enroute to Mars orbit and then the Asteroid Belt.”

A short battery life meant space lovers could only watch for a few hours before the footage went out.

The Falcon Heavy mission is thought to be a game-changer for space missions as the boosters fitted to the rocket are reusable, therefore vastly cutting the costs of the mission.

Two successfully landed back on earth, although the central booster crashed into the sea after failing to land on its drone ship.

Elon Musk has since said he hopes to create a “new space race”.

Hidden ‘Hunger Stones’ Reveal Drought Warnings From The Past : ScienceAlert
Scientists Gave Young Mice The Blood of Old Mice. Then Things Got Weird : ScienceAlert
Robot Shows It’s Possible to Swim Through The Emptiness of a Curved Universe : ScienceAlert
Why Do Kids Get Worms, And What Can You Do to Prevent It? : ScienceAlert
Astronomers Charted The Sun’s Life, And This Is How The Story Ends : ScienceAlert