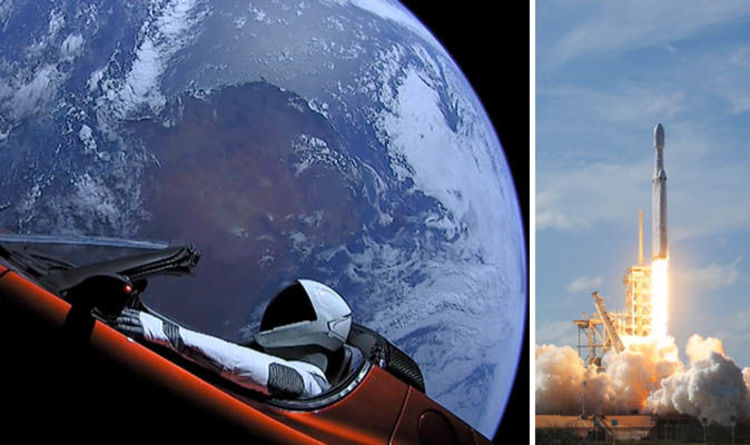 
Elon Musk, the entrepreneur behind SpaceX and Tesla, decided to blast his car into space with the inaugural flight of SpaceX’s Falcon Heavy.

The Tesla Roadster and its spacesuit-wearing driver “Starman” were launched from the Kennedy Space Center in Cape Canaveral, Florida on Tuesday February 6.

The maiden voyage of the rocket captured the attention of people all over the world, as millions tuned in to watch the car as it moved around space.

The Tesla Roadster will orbit around the sun, and will travel between 91.3 million and 161.5 million miles (147 million and 260 million kilometres) from the star.

SpaceX attached cameras to the car so people could livestream images of the roadster, however due to a short battery life the stream was only available for a few hours.

But stargazers can now watch the car for once last time, as the Virtual Telescope Project will be live streaming its journey through its telescopes based in Arizona.

How to watch online after stream was pulled?

The Virtual Telescope Project and Tenagra Observatories will be joining forcing to live stream the last glimpse of Elon Musk’s Tesla Roadster.

Stargazers will not watch to miss the “once in a lifetime opportunity”, the Virtual Telescope Project has said.

The new observation of the Roadster has been obtained by a robotically controlled telescope at the Tenagra Observatory in Arizona, Space.com said.

It will be the last time the Tesla Roadster will be visible before it sinks in the depths of space.

The live stream from telescopes begins on Wednesday February 14 at 12.15pm GMT.

The advanced robotic facility said: “We will show you our images and movies of the Tesla we made capturing it over the nights at the telescope and then we will see it live, while it is now, very dim, going to be invisible soon.

The Virtual Telescope Project has continued to observe the car as it surfs the skies through its telescopes.

It captured it night after night since the car was launched into space on Tuesday February 6.

The image above shows the Roadster as a faint dot of light, marked on the photograph with two red lines as it appeared around 1.7 million km from Earth.