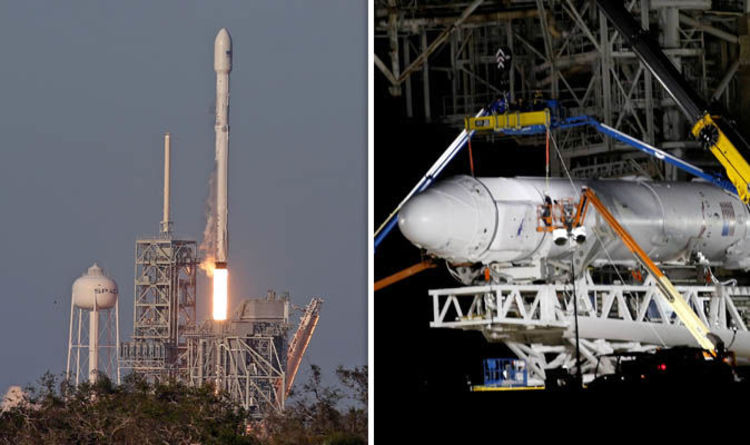 
Elon Musk was set to follow up today with another launch of a Falcon 9 rocket.

On board would have been a Spanish PAZ satellite and two demonstration ones, referred to as Microsat-2a and Microsat-2b.

But the internet satellite mission has been postponed for three days so additional inspections can be made.

This is the second time the satellite launch has been rescheduled, after the initial date on Saturday was moved to Sunday.

Lift off was due to take place from the Vandenberg Air Force Base in California at 9am EST (2pm GMT) today.

When will the launch take place? What is the SpaceX launch schedule now?

The new mission launch of the PAZ expedition has been rescheduled for Wednesday, February 21. The time is yet to be confirmed.

What is the SpaceX internet launch about?

He will combine this with a further 7,518 satellites at a low-Earth-orbit altitude (VLEO Constellations) to provide the “SpaceX System”.

In its application to the Federal Communications Commissions (FCC), SpaceX stated: “When combined into a single, coordinated system (the “SpaceX System”), the LEO and VLEO Constellations would provide both diverse geographic coverage and the capacity to support a wide range of broadband and communications services for residential, commercial, institutional, governmental and professional users in the United States and globally.”

This was approved on Wednesday. FCC Chairman Ajit Pai said: “Satellite technology can help reach Americans who live in rural or hard-to-serve places where fibre optic cables and cell towers do not reach.”

SpaceX was set up in 2002 “to revolutionise space technologies, with the ultimate goal of enabling humanity to become a multi-planetary species”.

The entrepeneur company recently made history by sending Mr Musk¹s cherry red Tesla roadster into space as a payload, on a elliptical orbit around the Sun.

Scans of Mummified ‘Golden Boy’ Reveal He Was Covered in Magical Protections : ScienceAlert
Dogs Can Be Aggressive For Lots of Reasons, And One of Them Is You : ScienceAlert
One Simple Idea Makes It Much Easier to Manage Your Weight Over Time : ScienceAlert
Dozens in 7,000 Year Old Mass Grave Were Carefully Decapitated After Death : ScienceAlert
Physicists Break Record Firing a Laser Down Their University Corridor : ScienceAlert