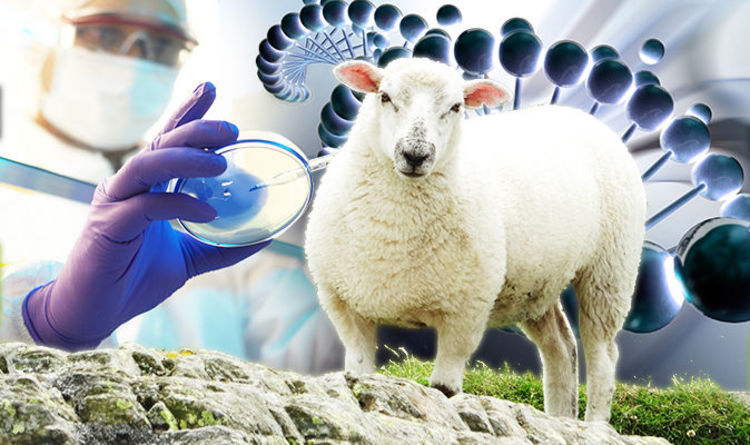 
Man mixed with animal embryos were grown at Stanford university inside a “surrogate” to test the breakthrough.

Next, human stem cells will be planted into sheep embryos if permission is given to take the experiment to the next level. The embryos will be genetically modified so they cannot grow a pancreas and scientists hope human DNA will fill in the missing code.

If successful, an unlimited supply of human organs could be grown for harvesting. It is hoped the experiment can run for a further 70 days to establish whether human cells can create an organ. The American Association for the Advancement of Science in Austin heard from the man at the helm of the project, Dr Hiro Nakuachi.

“We have already generate a mouse pancreas in rats and then transplanted those into a diabetic mouse and were able to show almost a complete cure without any immunosuppressants.

“When it comes to human-sheep it seems more difficult.

“So we would like to proceed a little longer and this time use organ-deficient embryos.

“It could take five years or it could take ten years, but I think eventually we will be able to do this.”

The operations are becoming routine within UK hospitals. Robin Lovell-badge said there is still room for error since human bodies may reject animal-grown organs.

The British scientist of the London’s Francis Crick Institutes said: “Even if they succeeded in replacing all pancreatic cell types in the sheep with human cells, the blood vessels within the pancreas will be sheep derived.”

Surrogate animals are slaughtered after three weeks under laws on hybrid projects.

This Rembrandt Has Been Hiding a Surprising Secret For Centuries : ScienceAlert
Dozens in 7,000 Year Old Mass Grave Were Carefully Decapitated After Death : ScienceAlert
Earth’s Inner Core May Right Now Be in The Process of Changing Direction : ScienceAlert
Viagra Linked to Much Lower Risk of Death in Men, But Questions Remain : ScienceAlert
Scientists Create Shapeshifting Humanoid Robot That Can Liquefy And Reform : ScienceAlert