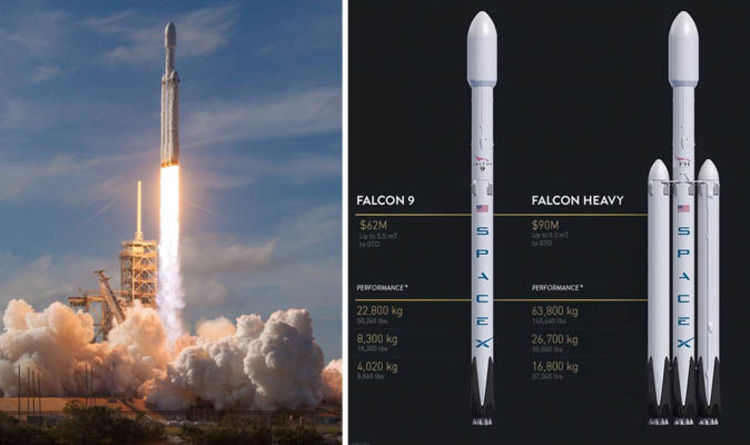 
The deafening roar of SpaceX‘s Falcon Heavy’s 27 Merlin engines was cheered on by thousands of rocket enthusiasts who watched the launch in person last night.

Mounted inside the Heavy’s Dragon cargo module was a precious cherry-red Tesla Roadster payload – the world’s first car to be launched into space.

The sports car is now barrelling through space at breakneck speeds, placed into a billion-year elliptical Mars orbit, proving that the rest of the solar system is not beyond our reach.

When the rocket blasted off from the Kennedy Space Center in Cape Canaveral, Florida, the Falcon Heavy was touted as the most powerful rocket on the planet by a factor of two.

And for all intents and purposes, the Falcon Heavy is the bigger and stronger brother to the Falcon 9, developed by SpaceX.

The Falcon 9 was a monumental rocket design created by SpaceX to pioneer the uncharted territories of reusable rocket technology.

With the ability to launch cargo into Low Earth Orbit (LOE) and have the rocket’s first stage autonomously touch back down on Earth, the Falcon made history between 2013 and 2017.

But for its latest endeavour into space, SpaceX needed a more powerful rocket that could one day deliver heavy cargo payloads to Mars.

For this purpose the Falcon Heavy was adapted from three Falcon 9 nine-engine cores, for an impressive five million pounds of thrust at liftoff, equal to 18 Boeing 747’s.

SpaceX said: “Each of Falcon Heavy’s side cores, or boosters, is equivalent to the first stage of a Falcon 9 rocket with nine Merlin engines.

“After the side cores separate, the centre core engines throttle back up.”

In essence, everything that the Falcon 9 can do, the Falcon Heavy does better and with more power.

The standard Falcon 9 can carry up to 22 tonnes of cargo into LOE and up to 8.3 tonnes into Geosynchronous Transfer Orbit (GTO). It’s ability to material to Mars is less impressive, at just 4 tonnes of cargo.

The Falcon Heavy ups the ante, with the ability to deliver nearly 64 tonnes of cargo to LOE, 26.7 tonnes to GTO and nearly 17 tonnes to Mars.

But the increased specs come with a hefty price hike. The standard payment plan for launching the Falcon 9 costs a whopping $62million (£44.5million), and the Falcon Heavy carries a price tag of $90million (£64.7million).

SpaceX said: “With the ability to lift into orbit nearly 64 metric tons (141,000 lb) – a mass greater than a 737 jetliner loaded with passengers, crew, luggage and fuel – Falcon Heavy can lift more than twice the payload of the next closest operational vehicle, the Delta IV Heavy, at one-third the cost.

“Falcon Heavy draws upon the proven heritage and reliability of Falcon 9.

“Its first stage is composed of three Falcon 9 nine-engine cores whose 27 Merlin engines together generate more than 5 million pounds of thrust at liftoff, equal to approximately eighteen 747 aircraft.

The rocket manufacturer is certain the Falcon Heavy will one day send humans into space, “restoring the possibility” of manned mission to the Moon and Mars.

Researchers in South America Discover a New Species of Tiny but Tough Dinosaurs : ScienceAlert
For The First Time, Scientists Have Named a Heat Wave. Here’s Why It’s a Big Deal : ScienceAlert
This Seemingly Simple Foot Feature May’ve Allowed Sauropods to Become Giants : ScienceAlert
‘Gifted’ Dogs Seem to Have This One Characteristic in Common : ScienceAlert
Clinical Trial Restored Sight to 20 People With Corneas Made From An Unlikely Source : ScienceAlert