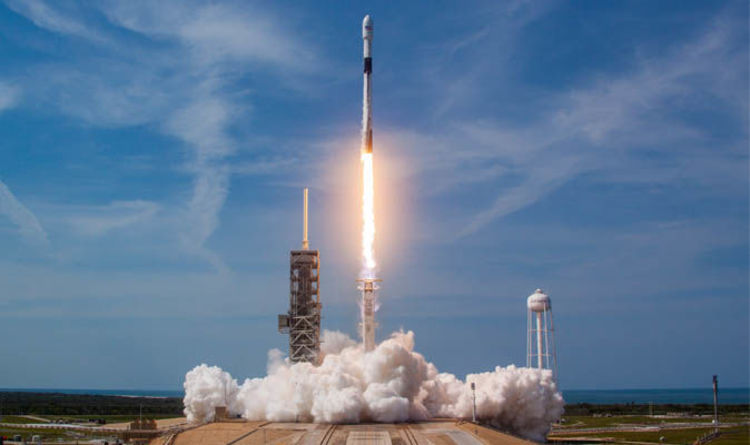 
Elon Musk’s rocket company will carry out a standard resupply mission to the International Space Station (ISS) later in June, the US space agency revealed.

A SpaceX Dragon cargo spacecraft will blast off onboard a Falcon 9 rocket from Space Launch Complex 40 at Cape Canaveral Air Force Station in Florida.

The cargo resupply mission will deliver a raft of scientific tools, equipment and supplies to the ISS.

Social media users have been invited to go behind-the-scenes of the rocket launch, with a chance to speak to NASA’s and SpaceX’s rocket experts.

Registration for the one-of-a-kind chance is now open and NASA will be accepting all applications until midnight on June 6.

The lucky 40 social media hotshots will be given access to the event similar to members of the press.

The select few will have a chance to tour the NASA facilities at Kennedy Space Center, take photographs of the launch facility and Falcon 9 rocket and watch the launch itself up close.

Each SpaceX resupply mission delivers crucial instrumentation and supplies used by the ISS’ astronauts to study biotechnology, physical sciences, life in space and the Earth.

NASA said in a statement: “Included in the cargo is a physical sciences investigation that will enable US National Laboratory research, which is managed by the Center for the Advancement of Science in Space.

“The goal of this investigation is to improve our fundamental understanding of physical interactions between soil and sediment particles of quartz and clay, commonly found in a wide variety of environmental settings such as rivers, lakes, and oceans, which has important applications on Earth for geologists and engineers.

“Additional biology and biotechnology investigations seek to improve understanding of endothelial cells that line the walls of blood vessels, the location of the hydrogen atoms in a molecule as a means to target drug design and delivery, and the genes in algae that cause growth.”

The ISS scientists will also investigate how bacteria could be used in microbial fuel cells to generate electricity from waste organic material.

New Discovery Could Explain Why We’ve Been Misled Over The Cause of Alzheimer’s : ScienceAlert
Humans Keep Growing an Extra Artery in Their Arms, And This Is Why : ScienceAlert
Millions of ‘Silent Synapses’ Could Be The Key to Lifelong Learning : ScienceAlert
Dropping Oxygen Will One Day Suffocate Most Life on Earth : ScienceAlert
The Brains of Teenagers Look Disturbingly Different After Lockdown : ScienceAlert