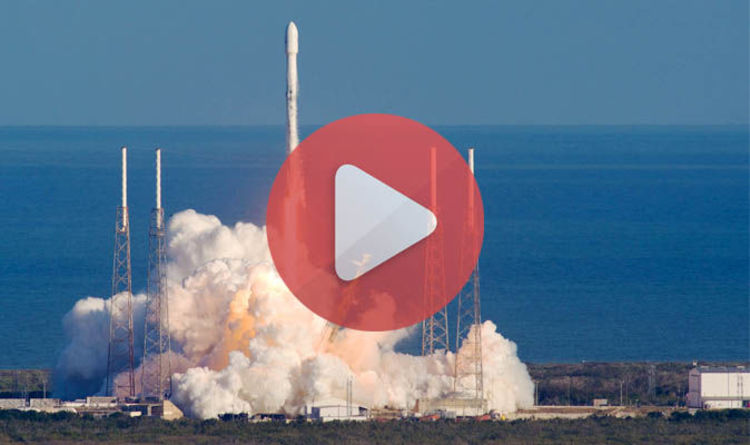 “Due to mission requirements, now targeting February 21 launch of PAZ.”

The Hidesat’s PAZ payload will be deployed roughly 11 minutes after launch, into a five year orbital path of the planet below.

The PAZ satellite is a state-of-the-art advanced radar instrument designed to snap high resolution images of Earth day and night.

SpaceX said: “Designed for a mission life of five and a half years, PAZ will orbit Earth 15 times per day, covering an area of over 300,000 square kilometres from an altitude of 514 kilometres and a velocity of seven kilometres per second.

“On its slightly inclined quasi-polar orbit, PAZ will cover the entire globe in 24 hours, serving both government and commercial needs.”

But on the sidelines of the PAZ mission, SpaceX is expected to fit the Falcon 9’s Dragon cargo module with an additional Starlink prototype payload.

SpaceX aims to place some 12,000 satellites into various orbital positions in space around Earth to beam high-speed internet access to every single person on the planet.

FCC chairman Ajit Pai praised the so-called Starlink project for attempting to bring internet into those parts of the US where it is a rare commodity.

“SpaceX’s application — along with those of other satellite companies seeking licenses or access to the US market for nongeostationary satellite orbit systems — involves one such innovation.

“Satellite technology can help reach Americans who live in rural or hard-to-serve places where fibre-optic cables and cell towers do not reach.”

Starlink will be comprised of two “constellations” of 425 satellites about 700 miles up and another 7,518  around 210 miles up.

SpaceX hopes to complete the project by the year 2020, bringing in potentially millions of customers.