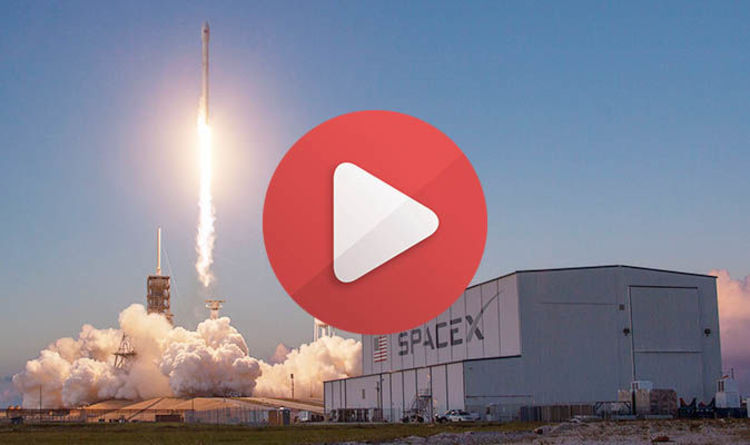 You can watch the rocket launch in its entirety above thanks to NASA’s public online broadcasting.

Additional live streams of the event will feature on SpaceX and NASA TV.

Ahead of the launch, SpaceX conducted a successful static fire test of the Falcon 9 on June 23.

The Falcon 9 will deliver a robotic cargo module, dubbed the Dragon, to the ISS to resupply the space laboratory.

The launch marks the company’s 15th orbital delivery to the ISS.

A parachute test of the company’s Crew Dragon module was also carried out on June 26.

The SpaceX launch comes off the back of the SES-12 satellite delivery on Monday, June 4.

“From its orbital position, SES-12 will also be pivotal in supporting government efforts to bridge the digital divide through connectivity programs and provide television operators with additional capacity to deliver more content and higher picture quality to meet customer demand.

“With six wide beams and 72 high throughput user spot beams, SES-12 is one of the largest geostationary satellites SES has procured.”

The satellite developed for SES by Airbus Defence and Space.

After launch, SpaceX did not attempt to recover the reusable Falcon 9 booster rocket.

Greenhouse Gases Just Hit a New High in The Atmosphere, Right Ahead of COP26
Dinosaur Invades The UN to Make Important Observation in Razor-Sharp Video
What Happens if 4 Electrons Join Up? A Brand New State of Matter Says a Recent Study
Physicists Created a Supernova Reaction on Earth Using a Radioactive Beam