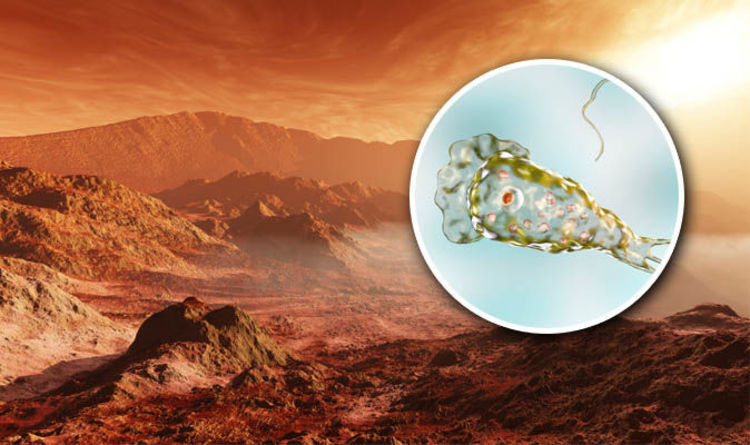 
More than 100 space rocks from the dusty Red Planet, foound all around the globe, provided scientists with invaluable samples of Martian crust for study.

A paper published in the science journal Nature propose the planet’s primordial crust, a crucial element in the habitability of a planet, predates Earth by 100 million years.

The startling study found the Martian crust formed no later than 4.5 billion years ago and Mars’s liquid magma oceans solidified in less than 10 million years.

Linda Elkins-tanton, an Arizona State University researcher, wrote for Nature: “During their formation, many rocky planets go through a phase known as a magma ocean, during which they are mostly or completely molten.

“Many researchers thought that the solidification of Mars’s magma ocean was protracted, perhaps lasting for up to 100 million years after the ocean’s formation.

“But in a paper in Nature, the researchers show that this process was completed in less than 10 million years.

“The finding suggests that habitable conditions existed on Mars up to 100 million years before they did on Earth.”

Researchers from the University of Copenhagen came to this conclusion after studying the Martian meteorites for signs of the mineral Zircon.

The scientists extracted seven zircons from the space rocks and used uranium–lead decay processes to date the minerals.

The researchers in particular focused on meteorite NWA 7034, a Martian rock found in Northwest Africa and dubbed Black Beauty due to its shiny black surface.

Black Beauty is estimated to be about 2 billion years old and hold more water than any other Martian meteorite found on Earth.

The meteorite is mostly composed of volcanic rocks like basalt – evidence of Mars’ volcanic past.

The study’s authors found the Martian zircons ranged in age from 4.4 to 4.3 billion years.

Ms Elkins-tanton said: “For comparison, the first solids in the gas disk around the growing young Sun, known as calcium–aluminium-rich inclusions, formed 4,567.3 million years ago.

“Therefore, in the astonishingly short interval of 90 million years, Mars grew from dust to a planet, solidified from its initial magma-ocean state and formed a crust containing zircons.”

The age of the solar system is estimated to be around 4.6 billion-years-old and the planet Mars formed about the same time.

Planet Earth is believed to have formed just over 4.5 billion years ago and its crust began forming about 100 million years later.

The first signs of life emerged about 3.8 billion years ago when single-celled organisms roamed the Earth.

Signs of blue cheese and beer discovered in well-preserved poop of Iron Age Europeans
This Is The Devastating Global Effect a Nuclear War Would Have on Earth’s Air
It Only Takes 100 Seconds to Get an Identifiable ‘Fingerprint’ of Your Brain
Sea Level Rise Will Hugely Differ if We Can Limit Global Warming, New Study Warns
Physicists Capture The Most Precise Measurement Yet of a Neutron’s Lifespan