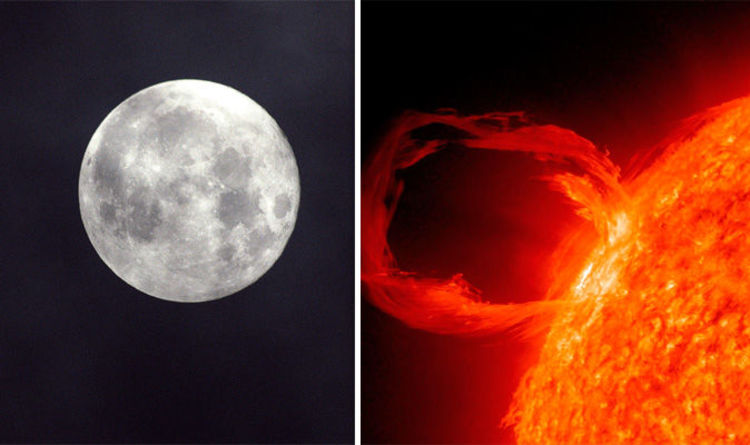 
Solar winds, which are a stream of particles from solar flares released by the sun, constantly bombard celestial beings in the solar system.

Planets such as Earth which have an atmosphere are largely protected form the bombardment, but for the likes of the Moon, which are atmosphere-free, solar particles are shattering rocks.

TU Wien, a university in Vienna, has released results of a study which shows that the effects of solar wind bombardment is much more serious than previously thought.

Professor Friedrich Aumayr, from the Institute of Applied Physics at TU Wien, said: “The solar wind consists of charged particles – mainly hydrogen and helium ions, but heavier atoms up to iron also play a role.”

The heavier atoms can hit the Moon and Mercury – which has a very thin atmosphere – at up to 800 kilometres per SECOND.

The exosphere is of great interest to scientists, and later this year the ESA will send the BepiColombo probe to Mercury, where it will study the exosphere to gain knowledge of what Mercury is made of.

However, this will require a precise understanding of the effects that intense solar winds have on rock particles.

This is why TU Wien decided to take the study of how solar winds and particles are hurting celestial bodies without an atmosphere.

Paul Szabo, PhD student in Prof Aumayr’s team and first author of the research, said: “Up to now it was assumed that the kinetic energy of the fast particles is primarily responsible for atomisation of the rock surface.

“But this is only half the truth: we were able to show that the high electrical charge of the particles plays a decisive role.

“It is the reason that the particles on the surface can do much more damage than previously thought.”