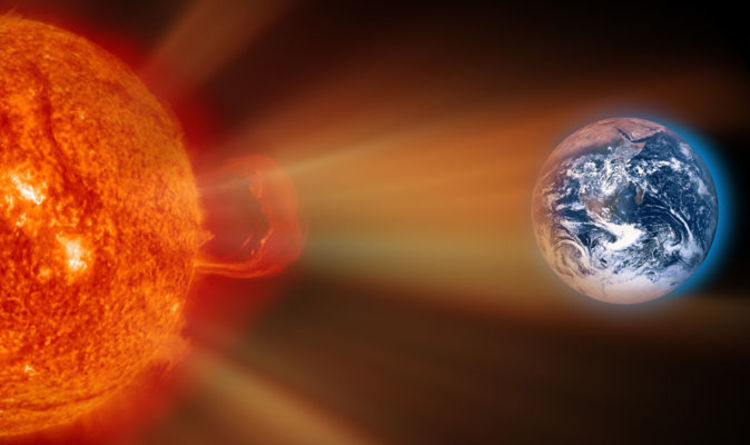 
On June 18, Earth’s path crossed with a stream of cosmic particles unleashed by a solar flare from the surface of the sun.

According to the website Space Weather: “Earth is moving deeper into a stream of solar wind that arrived during the early hours of Monday June 18.

“This is causing the solar wind near our planet to quicken, blowing faster than 500 km/s (1.1 million mph).”

For the most part, the Earth’s magnetic field protects humans from the barrage of radiation that comes with solar storms, but they can affect satellite-based technology.

Solar winds can heat the Earth’s outer atmosphere, causing it to expand.

However, researchers state this is unlikely to happen in this instance, but sky watchers could be treated to Aurora Australis, or southern lights – geometric storms in the southern hemisphere.

Mummies With Golden Tongues Discovered in Ancient Egyptian Necropolis : ScienceAlert
It Sounds Crazy, But Walking Backwards Is Really, Really Good For You : ScienceAlert
Engineers Propose an Ambitious Plan to Bury Excess Carbon at The Bottom of The Ocean : ScienceAlert
Crocodiles Seem to Be Thriving in a Toxic River That’s More Like a Sewer. Here’s Why : ScienceAlert
We May Finally Know How Lightning Gets Its Zigzag Shape : ScienceAlert