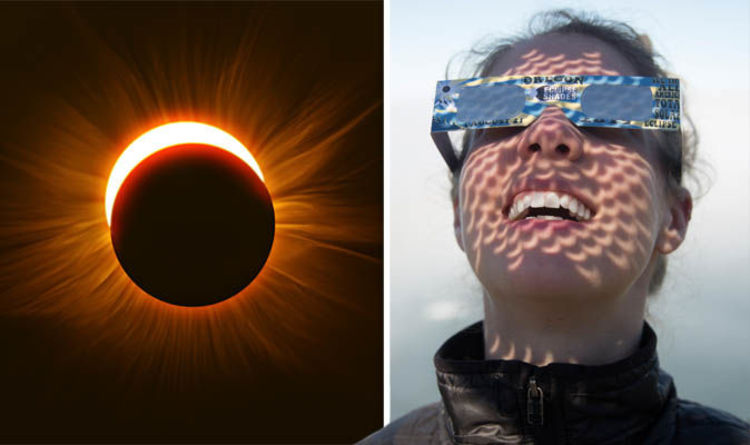 
The last solar eclipse graced the skies in August this year.

The partial solar eclipse on August 11 quietly passed over portions of the Northern Hemisphere, moving over Greenland, northernmost Canada, Siberia and swathes of central East Asia.

The eclipse was preceded by the July 27 total lunar eclipse and another partial eclipse of the Sun in July, completing a trifecta of eclipse phenomena this summer.

Unfortunately, the eclipse was nowhere near as spectacular as the so-called Great American Eclipse of August 21, 2017.

The 2017 eclipse blotted out the Sun entirely and darkened the skies for minutes at a time across the US.

Millions of stargazers who were lucky enough to live in the path of totality saw the Sun momentarily disappear behind the Moon and cast a shadow on Earth.

Stormy Shrives, a fish gutter who saw the US eclipse, said: “It just kind of tickled you all over – it was wonderful – and I wish I could do it again.”

Thankfully, the next solar eclipse will peak less than three months from now.

Astronomers at NASA’s Jet Propulsion Laboratory have calculated the next partial eclipse of the Sun will take place early in the morning on January 6, 2019.

Unfortunately for astronomy enthusiasts in the UK, the eclipse will only be visible over parts of the North Pacific Ocean and Northeast Asia.

There are however two more solar eclipses to look forward to, one of which will be a full-blown total eclipse.

The total solar eclipse will appear over the South Pacific and South America on the evening of July 2.

At around 8.34pm BST (7.24pm UTC) the eclipse will peak at so-called Greatest Eclipse over the Pacific.

The eclipse will then travel east towards South America, ending somewhere of Argentina.

Maximum eclipse, or the amount of time the Moon will block out the Sun when observed, will last approximately four minutes and 23 seconds.

The next eclipse, a minor annular one, will take place towards the end of the year.

Eclipse-hunters in Saudi Arabia, India, Sumatra and Borneo as well as parts of Australia will be glad to hear the eclipse will peak over their countries on December 26.

The December eclipse will be the last of its kind until June 21, 2020.

In the meantime, there will be a grand total lunar eclipse of the Moon – a so-called Blood Moon eclipse in January.

Click here to read more about it: Lunar eclipse 2018: When is the next lunar eclipse?