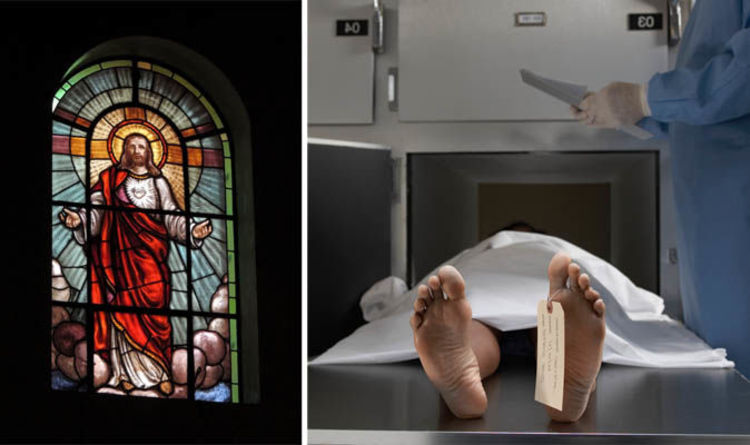 
The man, who only revealed his name as Michiel W, said he has spoken to God after nearly dying in 1976.

Michiel believes he is now on a mission to spread his experience of the afterlife in order to help others deal with their problems.

The man shared his incredible story with the Near Death Research Foundation (NDERF) – a group collecting and cataloguing so-called Near Death Experience (NDE) accounts.

He said: “This is a story of an experience that has shaped most of my life.

“I believe God wants me to share this experience as it will help others deal with issues in their lives and it is for this reason you have received it.

“Use it, as you will. Use my name if it is appropriate.”

According to Michiel, he was left for dead after four thugs ganged up on him during a “fateful night” in 1976 on a night out from school.

One of the attackers stabbed Michiel in the side, puncturing a lung and leaving him to bleed out on the pavement.

Luckily for Michiel, he was dragged into a car by a passerby and rushed toward a hospital, but not before he said his spirit left his body.

He said: “In front of Ridglea Theater on Camp Bowie on the West side of Fort Worth, I began to fly.

“I could see the car below and then I became aware of the Light. It was the biggest, brightest, most all encompassing light ever.

“I have come to realise that there is no shadow in His presence. I became aware of people, vaguely familiar people from my past, but they moved by at a distance just beyond recognition.

“I was being drawn to the light source as if in a tunnel. It was then that He spoke.”

At this moment Michiel said God gave the dying teenager a choice between life and death.

Michiel then claims to have chosen life because “there were still some things” left for him to sort out on Earth.

After that God told him “everything would be ok” and Michiel’s spirit was cast back towards his body.

He said: “I now believe what I was experiencing is now called an ‘Out of Body Experience’ and a ‘Near Death Experience’.

“I have learned these terms over the years as I have tried to understand the experience.

But could have Michiel’s experience been a genuine experience of the afterlife? Many medical experts agree patients experience warmth and light when on the verge of death.

Dr Sam Parnia, a researcher at NYU Langone School of Medicine in New York City, said: “People describe a sensation of a bright, warm, welcoming light that draws people towards it.