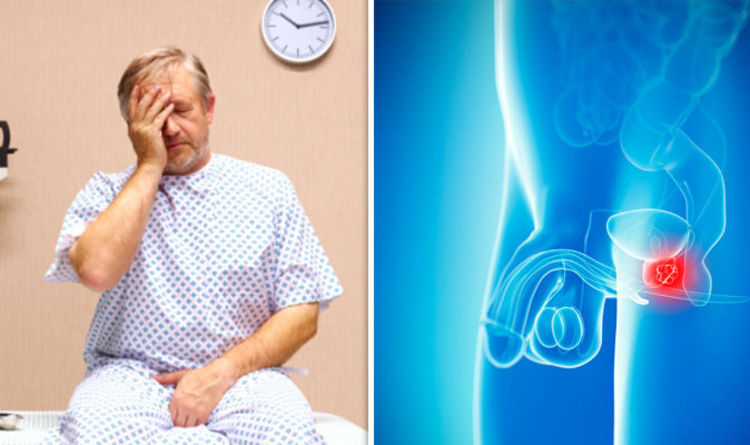 
Experts at Cambridge University have created a tool that calculates a man’s chances of dying from the cancer with 90 per cent accuracy.

The model works out how much each patient will benefit from surgery or radiotherapy or whether it is simply worth monitoring them.

Consultant urologist at the University of Cambridge and study leader, Vincent Gnanapragasm, said: “When men are diagnosed with prostate cancer and are deciding what to do they are often given wishy-washy advice which hugely depends on who they have spoken to.

“Our work puts a number on it to help guide those decisions.”

For roughly 15,000 of those diagnosed in the UK every year, about a third of prostrate patients, the chance of dying is so low that the advantages of treatment are minimal.

Currently NHS model divides men into three groups depending on how severe their cancer is and is accurate only 60 per cent of the time.

The new findings found that a fifth of men with the most aggressive cancers were 20 times more likely to die of prostate cancer within 10 years than those with the least aggressive.

The prediction model will be put on the internet for patients and their doctors to use later this year.

Men with aggressive cancer see their survival chances increase if they receive treatment.

But those with localised, slow-growing cancers barely see any difference because they are more likely to die of other causes instead.

But he will have a 24 per cent chance of dying of something else, giving him an overall mortality risk of 30 per cent.

Radical treatment such as radiotherapy would cut his prostate mortality to just three per cent.

But his overall chance of death would remain barely reduced at 27 per cent.

This means gruelling treatment for barely any benefit with huge risks carried with it, such as impotency.

Mr Gnanapragasam said: ‘We are not telling men, you have no risk, you do not need treatment.

We are telling them, these are the facts.

Mr Gnanapragasam: “We are trying to reduce rates of overtreatment. I would say 30 per cent or more of men diagnosed with prostate cancer may not benefit from treatment, based on our models.

“When men see their absolute risk of dying is quite low, they find it easier to decide to just

monitor their cancer rather than choosing treatment.”

Dr Iain Frame from Prostate Cancer UK said: “Too many men undergo radical treatments for prostate cancer and in some cases endure life-changing side effects, for a cancer that may never cause them harm.

The findings will be presented at the European Association of Urology conference in Copenhagen next week.

Scientists Create Shapeshifting Humanoid Robot That Can Liquefy And Reform : ScienceAlert
Dogs Can Be Aggressive For Lots of Reasons, And One of Them Is You : ScienceAlert
Sword Mistaken For Replica Is Actually An Ancient 3,000-Year-Old Weapon : ScienceAlert
Babies May Not Be Born With a Microbiome After All, Scientists Say : ScienceAlert
Scans of Mummified ‘Golden Boy’ Reveal He Was Covered in Magical Protections : ScienceAlert