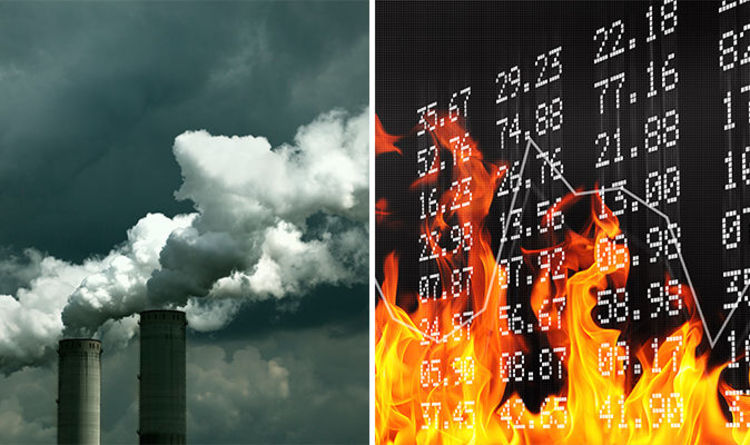 
A new study suggests the momentum behind the technological change in global power and transportation sectors will cause a massive decline in the demand for fossil fuels in the near future.

According to findings published in the journal Nature Climate Change by researchers from Cambridge University, Radboud University, the Open University, Macau University, and Cambridge Econometrics, the equivalent of between $1–$4 trillion could be wiped off the global economy.

In comparison, a loss of $0.25 trillion triggered the economic crash of 2008.

Prof Jorge Viñuales, study co-author from Cambridge University and founder of C-EENRG, said: “Our analysis suggests that, contrary to investor expectations, the stranding of fossil fuels assets may happen even without new climate policies.

“This suggests a carbon bubble is forming and it is likely to burst.

“Individual nations cannot avoid the situation by ignoring the Paris Agreement or burying their heads in coal and tar sands.

“For too long, global climate policy has been seen as a prisoner’s dilemma game, where some nations can do nothing and get a ‘free ride’ on the efforts of others.

“Our results show this is no longer the case.”

Study co-author from Cambridge Econometrics and C-EENRG, Francis Pollitt, said: “If we are to defuse this time-bomb in the global economy, we need to move promptly but cautiously.

“The carbon bubble must be deflated before it becomes too big, but progress must also be carefully managed.”

Detailed simulations show the fall in demand has the potential to leave vast reserves of fossil fuels as “stranded assets” which will abruptly shift fossil fuels from high to low value before 2035.

But researchers warn losses will only be exacerbated if governments continue to neglect renewable energy in favour of carbon-intensive economies.

One of the main reasons which may contribute to the furore caused by fossil fuel asset stranding is a what is known as a “sell-out” by OPEC (Organisation of the Petroleum Exporting Countries) nations in the Middle East.

Mr Pollitt added: “If OPEC nations maintain production levels as prices drop, they will crowd out the market.

“OPEC nations will be the only ones able to produce fossil fuels at the low costs required, and exporters such as the US and Canada will be unable to compete.”

Mr Viñuales also warned that the devastation to the economy caused by the carbon bubble could lead to the rise of “populist parties”.

A Strange Thing Happens to Wolves Infected by Infamous Mind-Altering Parasite : ScienceAlert
10 Days After Its Launch, Orion Has Successfully Entered Lunar Orbit : ScienceAlert
A Tobacco Plant Has Been Engineered to Produce Cocaine in Its Leaves : ScienceAlert
Crocodiles Seem to Be Thriving in a Toxic River That’s More Like a Sewer. Here’s Why : ScienceAlert
These Mysterious Fungi Belong to an Entirely New Branch on The Tree of Life : ScienceAlert