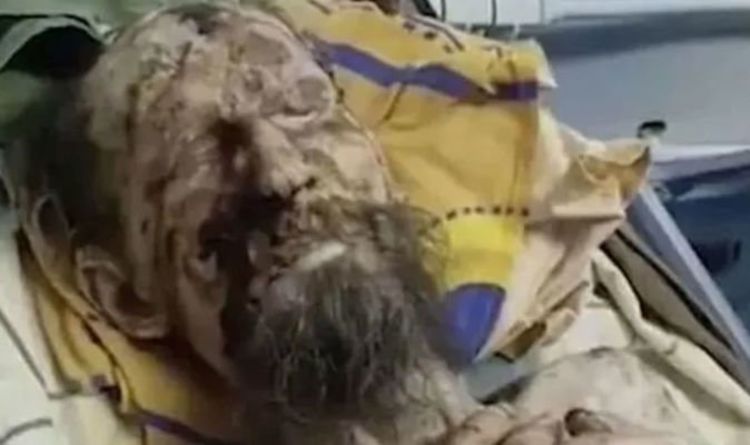 
Last week, incredible photos emerged of the man, named Alexander P sitting in a hospital bed in Russia. Reported to have severe spinal injuries, the man was reported to have been attacked by a bear and dragged into its den. Labelled as a “mummy” the body, however, was later claimed to be completely untrue by The Independent.

According to reports, a doctor in Kazakhstan has claimed that he treated the man who was in a “depressive state” and had a common skin ailment.

Dr Rustam Isaev from the Aktobe Medical Centre claimed that the reports were not fake.

The doctor did, however, claim that Alexander had never encountered a bear not been to Russia.

He said: “As chief doctor here I’m saying you, this is our guy, he is not from Tuva nor anywhere else in Russia.

“Alexander P is a resident of Aktobe city in Kazakhstan.

“He was treated in our hospital and at the end of this week was discharged, in satisfactory condition, into his mother’s care.”

Following the release of the footage, medical officials at the hospital confirmed that the staff member responsible would be fired.

The doctor added: “He had been lying at home, suffering from apathy, he did not want to live.

“He was in a depressive state.

“He did not get treatment for his skin condition.”

The initial report of Alexander was reported by news agency, Eurasia Daily before becoming a widespread media sensation.

Local time journalists at the time had reported that the video had first emerged on messenger applications with an attached audio file explaining that the man was found in a coffin in a rural district of Sochi.