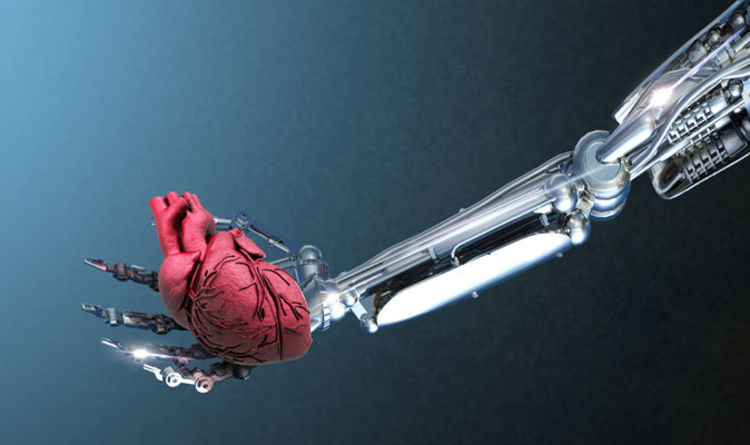 
Experts from the University of Washington School of Medicine have created a machine which can produce mini-organs of humans from stem cells.

The ability to produce “organoids” will help scientists to fight disease and create new drugs to cater to certain ailments.

Benjamin Freedman, assistant professor of medicine, Division of Nephrology, at the UW School of Medicine, said: “This is a new ‘secret weapon’ in our fight against disease.

“Ordinarily, just setting up an experiment of this magnitude would take a researcher all day, while the robot can do it in 20 minutes.

“On top of that, the robot doesn’t get tired and make mistakes.

“There’s no question. For repetitive, tedious tasks like this, robots do a better job than humans.”

Traditionally, scientists have been growing cells for biomedical research by crating them in flat sheets.

However, experts say that these are too simplistic and do not truly mimic the ways in which cells behave.

By creating mini-organs, scientists can analyse how these cells act within complex 3D structures, and by learning from this they will be more able to help eradicate diseases.

In the first experiment, the team created kidney organoids.

Dr Jennifer Harder, assistant professor of internal medicine, Division of Nephrology at the University of Michigan School of Medicine, said: “We established that these organoids do resemble developing kidneys, but also that they contain non-kidney cells that had no previously been characterised in these cultures.”

Dr Freedman added: “These findings give us a better idea of the nature of these organoids and provide a baseline from which we can make improvements.

“The value of this high-throughput platform is that we can now alter our procedure at any point, in many different ways, and quickly see which of these changes produces a better result.”

Psychologists Found a Weird Trick That Changes How Food Tastes : ScienceAlert
These Mysterious Fungi Belong to an Entirely New Branch on The Tree of Life : ScienceAlert
Engineers Propose an Ambitious Plan to Bury Excess Carbon at The Bottom of The Ocean : ScienceAlert
Lyme Disease Is on The Rise, But There Might Be Hope in a New Vaccine : ScienceAlert
Astronomers Spot The Biggest Galaxy Ever, And The Scale Will Break Your Brain : ScienceAlert