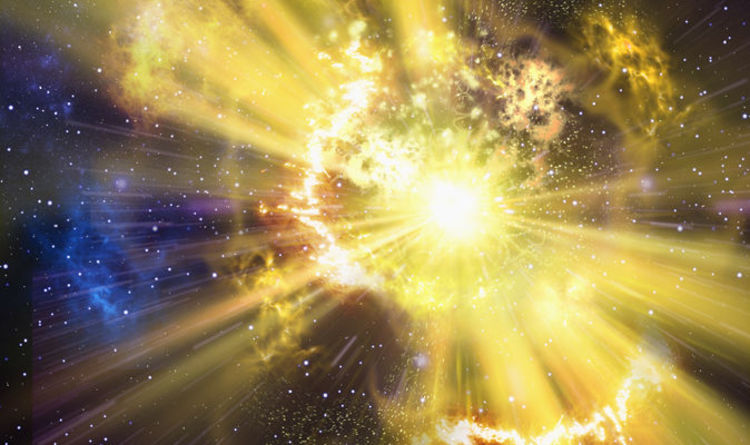 
New research has found supernovae in deep space could be responsible for the depletion of the atmosphere on Earth, which can lead to mass extinctions.

By studying the phenomenon over millions of years, scientists have found if a star dies and undergoes a supernova within a close enough proximity to Earth, it can deplete the planet’s ozone.

Astrophysicist Brian Thomas, from Washburn University in Kansas, said: “We are interested in how exploding stars affect life on Earth, and it turns out a few million years ago there were changes in the things that were living at the time.

By observing supernovae that happened between 2.5 and 8 million years ago at an approximate distance of about 50 parsecs (more than 160 lightyears) away, Mr Thomas was able to determine they can affect life on Earth.

He found that rather than causing a sudden apocalyptic scenario, the constant stream of solar particles from a supernova over hundreds or thousands of years can eventually deplete Earth’s atmosphere.

This would allow more cosmic radiation to seep through to the surface which ultimately would result in slight DNA damage to various life forms.

Mr Thomas said there is fossil evidence of this occurring some 2.5 million years ago.

He said: “There were changes, especially in Africa, which went from being more forested to more grassland.”

Mr Thomas adds the evidence suggests that life on Earth is affected by relatively nearby supernovae, but the increased radiation could take thousands of years to take effect.

He said: ”There is a subtler shift. Instead of a ‘wipe-out everything’, some organisms are better off and some are worse off.”

These Mysterious Fungi Belong to an Entirely New Branch on The Tree of Life : ScienceAlert
People in Portland Planted Trees. Decades Later, a Stunning Pattern Emerged : ScienceAlert
The FDA Just Approved The Most Expensive Drug in The World : ScienceAlert
Study Attempts to Unravel The Best Ratio of Land to Ocean For Exoplanet Habitability : ScienceAlert
Octopus Brains Evolved to Share a Surprising Trait in With Our Brains : ScienceAlert