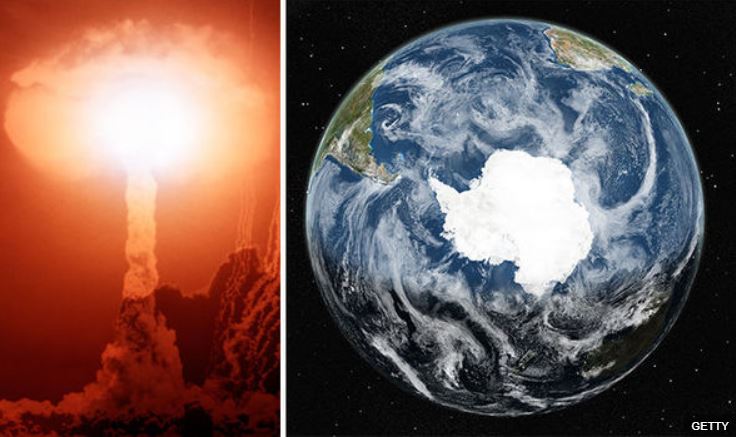 
An international team of researchers has analyzed recent snow deposits in Antarctica and discovered the presence of a material that comes from outside our Solar System.

And the collected interstellar dust contains Iron-60, a slightly radioactive isotope, decaying with a half-life of 2.6 million years.

They suspect this rare element arrived in Antarctica in the form of interstellar dust, and it arrived in the last 20 years.

This radioactive element can be produced in certain nuclear processes and in supernovae.

Astronomers have found the isotope in interstellar space, but it has also been found on Earth at the bottom of the sea (dating back 2–2.5 million years) and on the Moon. This suggests that over the past few million years Earth has been showered with material from nearby supernovae, which should show up in geological formations.

Nuclear power plants and nuclear weapons can produce iron-60 but there was no global fallout to justify the excess of iron-60 seen in the sample from Antarctica. For this reason, the researchers point their fingers at an interstellar source, and suggest it rained down as dust.

Yes, what’s amazing is by ruling out terrestrial and cosmogenic sources of iron-60, they could show the presence of recent iron-60 with interstellar origin in Antarctica for the first time.

But we should keep in mind that several nuclear accidents are kept secret around the world. The latest just happened last week in Russia, and officials don’t want to tell us more!