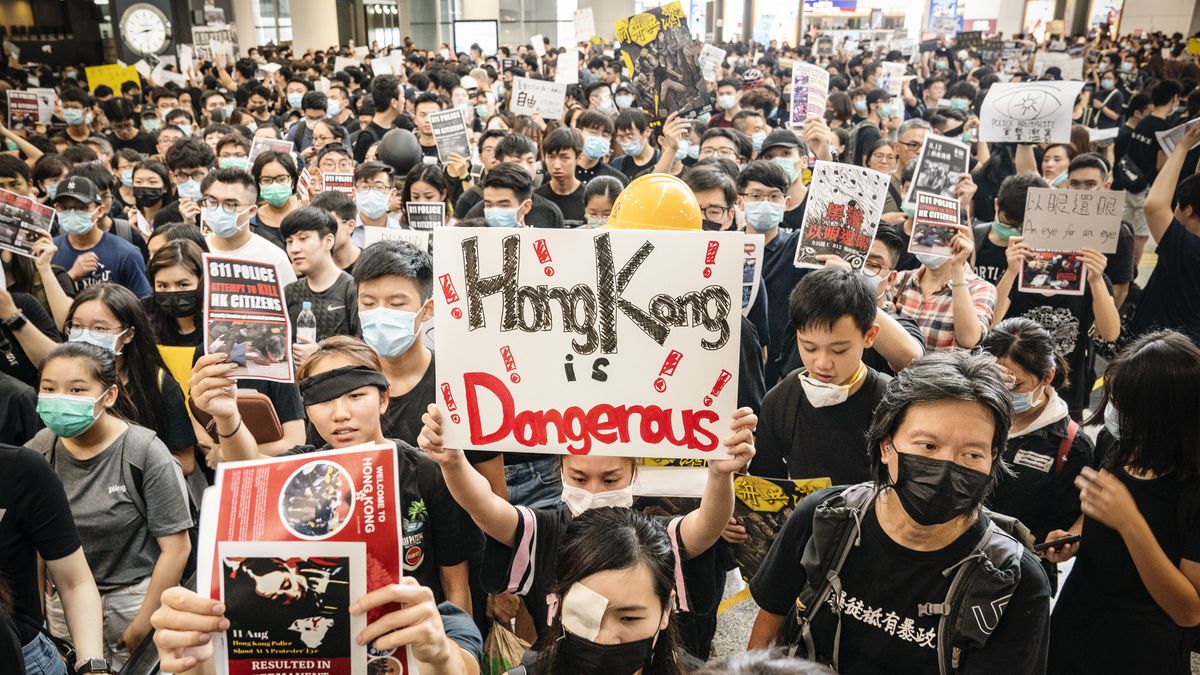 
Thousands of protesters have taken over the Hong Kong airport, and people are worried about a potential showdown between China and the pro-democracy supporters.

For the second day in a row, protesters shut down the airport, one of the world’s busiest, leading to more than 160 flight cancellations.

Tension peaked late Tuesday night when protesters clashed with riot police that were trying to disperse the demonstrations. Although the sit-ins were peaceful until then, a viral video showed protesters swarming a police officer following the escalation.

The demonstrators’ demands are clear: the resignation of Hong Kong leader Carrie Lam; the complete withdrawal of the extradition bill; retraction of the word “riot” to describe the protests; an unconditional release of all arrested protesters with all charges dropped; an independent inquiry into police violence; and a free election via universal suffrage.

China is starting to ramp up pressure on the protesters by describing the demonstrations in harsher terms. On Monday, it went as far as to say that the “first signs of terrorism” are starting to show.

All eyes are now on China for what happens next: Although Beijing has yet to deploy the army, it’s been conducting military practices near the border, which many see as a threat that could have deadly consequences.

There’s a ‘Lost City’ Deep in The Ocean, And It’s Unlike Anything We’ve Ever Seen : ScienceAlert
An Expert Explains Why The Radioactive Water Stored at Fukushima Should Be Released : ScienceAlert
One Simple Idea Makes It Much Easier to Manage Your Weight Over Time : ScienceAlert
JWST Has Found Life’s Elemental Building Blocks in The Depths of Darkest Space : ScienceAlert
Bacteria Can Use Plastic Waste as a Food Source, Which Isn’t as Good as It Sounds : ScienceAlert