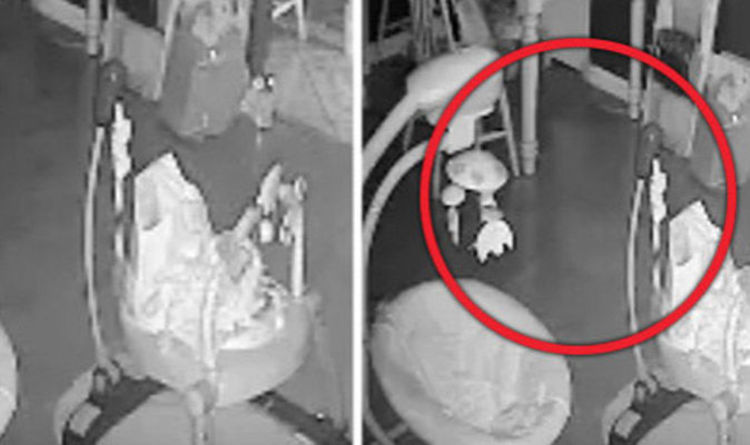 
In the short clip, we see a white figure moving towards a baby’s cot.

The bizarre apparition then appears to turn away and takes off in a completely different direction, seemingly making its way to the kitchen area, before completely disappearing from the screen.

The description of the footage says: “I have had a lot of paranormal activity in my home — so I got a surveillance system for indoor and out.”

“This is what I got in the first three weeks.”

It is unclear where the clip was captured.

Footage from the same home of the “ghost” has made it online before.

Last week, similar video emerged from an identical room, showing what the channel claimed to be a ghost haunting their family home, as her daughter was in the same room.