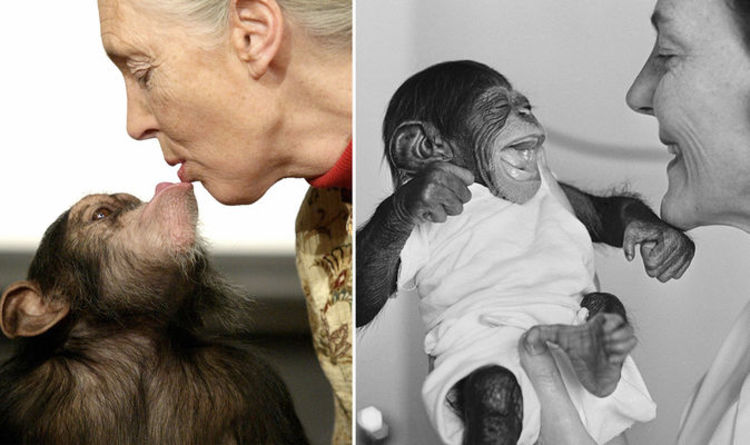 The self-proclaimed expert and professor of psychology emeritus at the University of Washington believes we have the technology to build ‘humanzees’ or ‘chimphumans’.

In fact, he believes our future children may be part-human, part-chimp.

Dr Barash believes CRISPR DNA editing could add or delete genes as desired to create ‘humanzees’ and that doing so would be a “terrific idea”.

He also thinks it would force humans to acknowledge that they aren’t dissimilar to the animal kingdom, therefore helping stop the “grotesque abuse” of Earth’s creatures.

Dr Barash’s incredible comments were made in his new book titled: “Through a Glass Brightly: Using Science to See Our Species as We Really Are.”

His Planet of the Apes-esque predications follow recent claims by evolutionary psychologist Gordon Gallup that a ‘humanzee’ was born in an American lab nearly 100 years ago before being killed by panicked doctors.

In an extract from his book, Dr Barash describes the belief that we are discontinuous from the natural world as “the most hurtful theologically-driven myth of all times.”

Alternatively, he believes CRISPR technology could be used to make precise edits in DNA and silence certain genes that are different between the species. 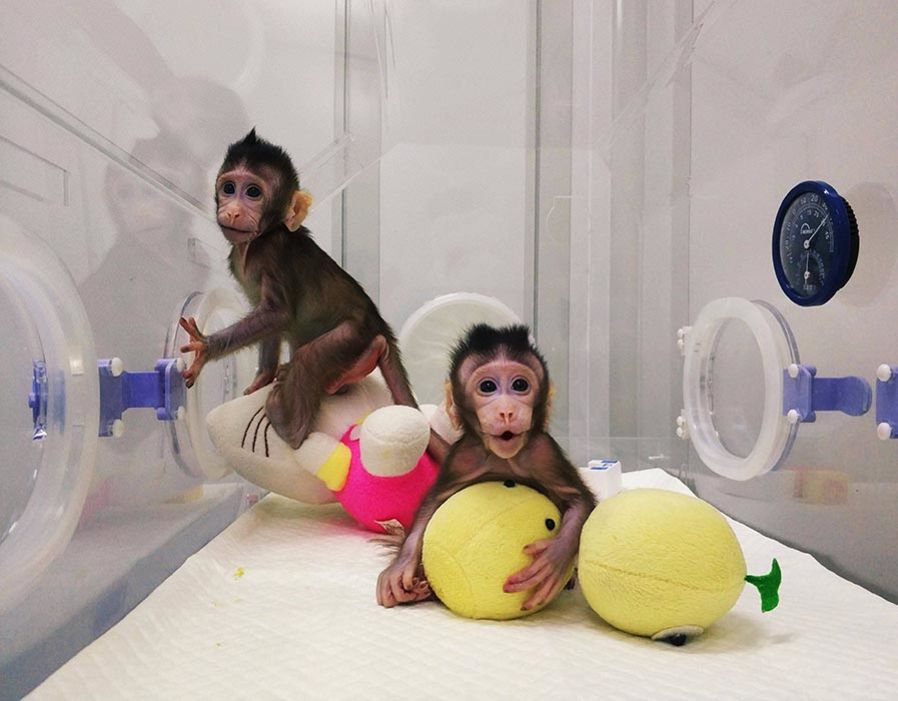 This handout picture from the Chinese Ac

He said: “It is unclear whether my own imagined chimphuman will be a hybrid (produced by cross-fertilising human and non-human gametes), or a chimera, created in a laboratory via techniques of genetic manipulation.

“I’m betting on the latter.

“Such an individual would not be an exact equal-parts-of-each combination, but would be neither human nor chimp: rather, something in between.”

Humans and chimps are already known to have large number of behavioural similarities; strong mother-offspring bonds, reconciling after conflicts, tool-making, and more.

We also share 99 per cent of the same DNA.

In his book, the doctor argues that a rigid distinction between the two species is no longer tenable and creating a fusion could be a “real mind expander and paradigm buster.”

He said: “It is at least arguable that the ultimate benefit of teaching human beings their true nature would be worth the sacrifice paid by a few unfortunates.

“For every chimphuman or humanzee frustrated by her inability to write a poem or program a computer, there could equally be one delighted by her ability to do so while swinging from a tree branch.”

Nonetheless, a fusion of species is not uncommon in the natural world as animals as unusual as grizzlies and polar bears do occasionally interbreed.

As the professor pointed out, a recent study found ravens are actually two separate species that recombined several hundred thousand years ago.

Tigrons have also occasionally been made by hybridising lions and tigers.

If a future human-chimpanzee hybrid is to ever created, it may not even be the first.

Dr Gallup said that his former university professor claimed the humanzee baby was born in a research facility where he once worked.

Dr Gallup, who is also a University of Albany professor, said the professor worked at Yerkes before the research centre moved to Emory University in Atlanta, Georgia in 1930.

He said: “One of the most interesting cases involved an attempt which was made back in the 1920s in what was the first primate research centre established in the US in Orange Park, Florida. 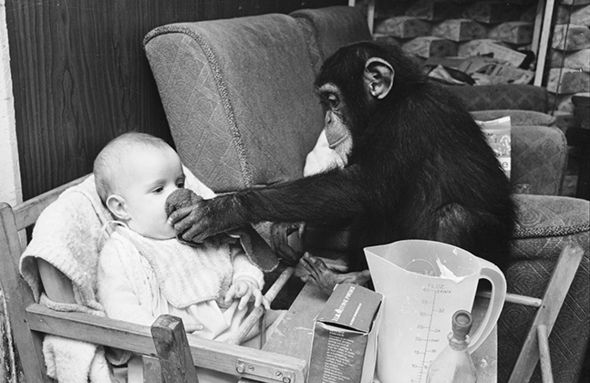 “They inseminated a female chimpanzee with human semen from an undisclosed donor and claimed not only that pregnancy occurred but the pregnancy went full-term and resulted in a live birth.

“But in the matter of days, or a few weeks, they began to consider the moral and ethical considerations and the infant was euthanised.”

Josephine Quintaville of the campaign group Comment on Reproductive Ethics has previously warned that scientists in the future might use gene editing to alter embryos for intelligence or attractiveness manipulation.

She said: “This is the inevitability of it, a whole kind of eugenic approach to human life.”