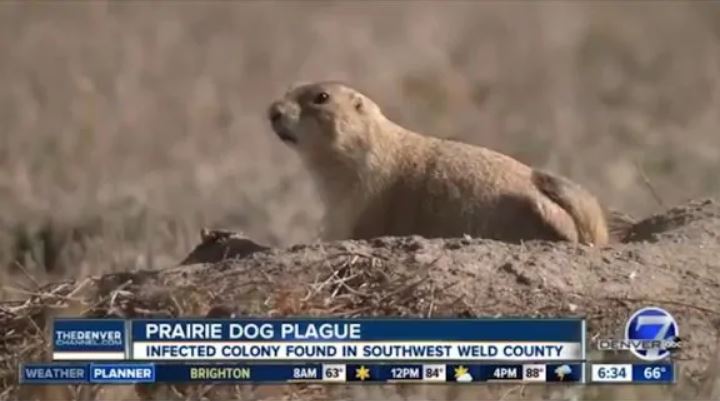 
The plague is still here!

Prairie dogs infected with the plague – yes, the plague – have shut down parts of a city and wildlife area near Denver this summer.

Sometimes, ancient health threats reappear unexpectedly, out-of-nowhere. And in such situations, officials try to cover up the event until it is under control or seems to be under control.

Today, I have just learned that sections of the Rocky Mountain Arsenal National Wildlife Refuge were closed in late July as a precautionary measure after the discovery of the plague.

“The prairie dog colonies are being monitored and burrows are being treated with insecticide, but there is still evidence of fleas in the hiking and camping areas, which could put people and pets at risk, so those areas will remain closed,” said John M. Douglas, Jr., the Executive Director of Tri-County Health Department.

Why Is Bubonic Plague Still A Thing?

Despite its name and fatal history in the Middle Ages, the plague is rare and generally treatable, at least in the United States.

The plague is caused by the Yersinia pestis bacteria and is fairly common in the rural western US, including Colorado, according to the Centers for Disease Control and Prevention.

On average, seven human plague cases have been reported each year in recent decades.

In general, small mammals and rodents with infected fleas carry the disease, which can spread to pets or humans by flea bites or contact with an infected mammal.

More than 80% of US cases have been the bubonic form. Untreated bubonic plague can turn into the more serious pneumonic plague, which causes rapidly developing pneumonia after bacteria spread to the lungs.

At least, inthis particular case, no human Plague infections have been reported.