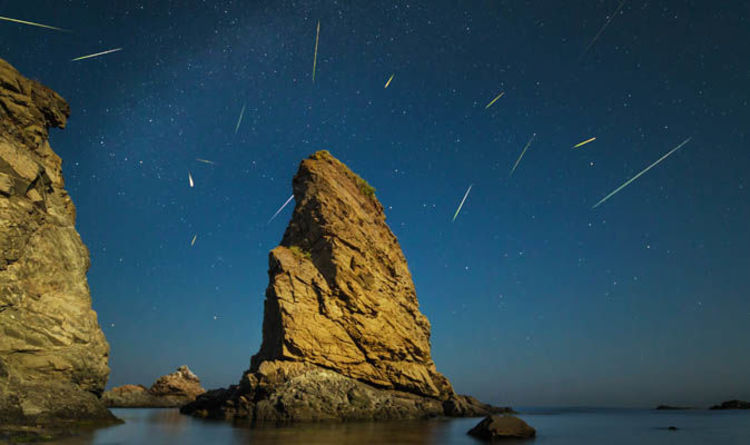 The Perseid meteor shower breaks out into the night sky between mid-July and late August every year when the Earth passes through the cosmic debris of comet Swift-Tuttle.

At their most intense, the Perseids have been known to produce up to 100 shooting stars an hour or more.

This year astronomers expect anywhere between 60 to 70 meteors to dash across the night skies.

So when exactly will the Perseids peak this month?

The Perseids typically peak in the number and intensity of meteors around the mid-point of the meteor shower.

On this night the Earth will trek through the densest part of Swift-Tuttle’s 133-year-long cosmic orbit which is riddled with bits and pieces of space rock.

This cosmic debris will then slam into the Earth with brute force, burning up in the atmosphere and brilliantly lighting up the skies.

Perseids 2018: The Perseid meteor shower is easily one of the most intense of the year (Image: GETTY)

How to see the Perseid meteor shower this month?

Skywatchers scanning the skies for signs of the meteors are in luck this time around because of the New Moon phase on Saturday, August 11.

The skies will remain fairly dark and the crescent phase of the Moon will only begin to slowly grow at night.

NASA meteor expert Bill Cooke told Space.com: “This year the Moon will be near the New Moon, it will be a crescent, which means it will set before the Perseid show gets underway after midnight.

“The Moon is very favourable for the Perseids this year, and that will make the Perseids probably the best shower of 2018 for people who want to go out and view it.”

A meteor captured above the erupting Klyuchevskaya Sopka volcano

The Perseids are typically best seen in the Northern Hemisphere although mid-southern latitudes will also catch a piece of the action.


The Moon is very favourable for the Perseids this year

The most optimal time to catch a meteor shower is after midnight when the skies are at their darkest.

Astronomers typically recommend finding a dark and secluded spot to watch the shower, where you will have unobstructed views of the skies.

Urban light pollution and clouds can hinder your odds of spotting the meteors when scouting out a stargazing location, so bear that in mind. 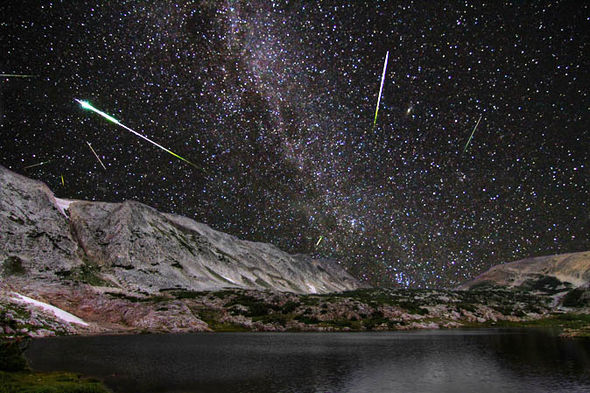 Perseid meteor shower: The Perseids have been known to produce up to 200 fireballs an hour (Image: GETTY) 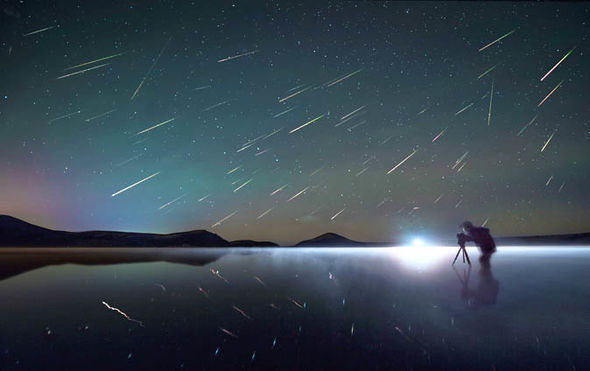 Perseids 2018: The shooting stars are the cosmic debris of comet Swift-Tuttle (Image: GETTY)

The Perseids will appear to burst out from a radiant point in their namesake constellation, Perseus, but once they appear they will trail off in all sorts of directions.

The best advice is to simply lie down with your eyes wide open to try and take in as much of the clear skies as possible.

If you are lucky, you might even spot a so-called Earth grazer – an incredibly bright and slow burning meteor drifting through the atmosphere.

In 2016 the Perseids peaked at nearly 200 meteors an hour and astronomy enthusiasts are holding out for a repeat of the stellar spectacle.

What causes the Perseid meteor shower?

Historical sightings of the fireballs can be dated back to as far as 258 AD and have been known as the “Tears of Saint Lawrence” by some Catholics.

But the meteors are simply pieces of space rock that have broken-off from the comet Swift–Tuttle – a Haley-type comet which circles the Sun every 133 years.

Because the Earth crosses paths directly with the comet’s cosmic trail of debris, the space rocks streak and burn up in the atmosphere once a year.

Once they crash into the planet, the Perseids travel across the skies at breakneck speeds of 37 miles per second.

Keep this in mind if you plan to watch the meteors in person and avoid using telescopes or binoculars because the meteors are simply too fast to follow.

‘Unbelievable’ Video Shows 2 Bees Working Together to Open a Soda Bottle : ScienceAlert
It Turns Out There Is Such a Thing as Good Gossip, According to New Research : ScienceAlert
‘Dark Data’ Is Leaving a Huge Carbon Footprint, And We Have to Do Something About It : ScienceAlert
Weight Lifting in Old Age Does More Than Just Keep Your Muscles Strong : ScienceAlert
Watch A Great White Become an Orca’s Lunch in World-First Footage : ScienceAlert