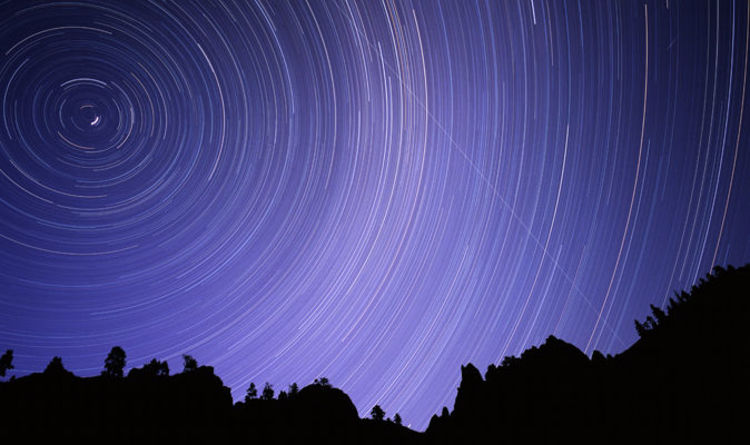 
The Perseids meteor shower will peak this weekend between the night of Saturday, August 11, and the morning of Monday, August 13.

However the spectacular meteor shower also has biblical connotations.

St Lawrence’s saint’s day falls on August 10, and this is why Catholics associate the shooting stars with fiery tears.

St Lawrence, the patron saint of cooks, was tortured and martyred by the Romans in AD 258 during the persecution of the emperor Valerian along with many other members of the Roman clergy.

During his torture, St Lawrence was said to have been burned on a grill, and despite the extreme pain he was enduring, he supposedly quipped: “Turn me over – I am done on this side!”

As he was executed on August 10, many Catholics associate the Perseid meteor shower with St Lawrence, and dub the shooting stars as the ‘tears of St Lawrence’ as they occur at the same time each year.

Astronomy website Slooh said: “In medieval Europe, the Perseids were called the ‘Tears of St. Lawrence’ because they occur near the anniversary of the death of Laurentius, a Christian deacon who was martyred by the Roman Emperor Valerian in the year 258 AD.”

The Perseid Meteor Shower takes place when the Earth travels through the cloud of debris left by the Swift-Tuttle Comet.

Conditions this year are expected to be ideal thanks to the darkened New Moon keeping the skies dark though out the shower.

There’s Trouble Bubbling Up in Newly Formed Alaskan Lakes, And Scientists Are Worried : ScienceAlert
The Frogs Vanished, Then People Got Sick. This Was No Harmless Coincidence. : ScienceAlert
A Robot on Mars Detected The Tremors of Meteorites Hitting The Red Planet : ScienceAlert
The Orbit of a Sun-Like Star Reveals The Nearest Black Hole Ever Found : ScienceAlert
We Have Our First Look at Neptune’s Rings in 33 Years, And They’re Glorious : ScienceAlert