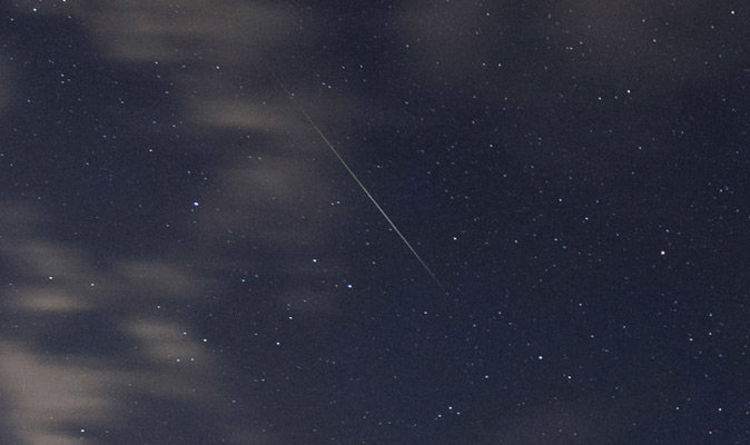 
The weekend of August 11 and 12 will bring with it the annual Perseid meteor shower, but people are already getting their fix.

The meteor shower started to break out into the night sky around mid-July and will carry on through to the last week of August.

During this period, a small number of meteors will streak across the starry skies.

This is why some stargazers have managed to snap images of stars shooting across the sky.

One such person is Paul Jacobs, who photographed some stunning images of the Perseid meteors over the beach at Lee-on-the-Solent in Hampshire.

The photographs show the meteors leaving a stream of bright lights in their wake as they break through the atmosphere.

However, many more photographs will come this weekend when the Perseid meteor shower peaks.

The meteor shower is touted as the most prolific of the year, as between 50 and 60 meteors per hour will light up the sky.

It will run through to the third week of August, and won’t return until the same time next year when Earth moves across its orbit and into the comet’s debris once again.

Scientists Win Physics Nobel Prize For Proving Einstein Wrong : ScienceAlert
Astronomers Think They Know The Reason For Uranus’s Kooky Off-Kilter Axis : ScienceAlert
It Turns Out There Is Such a Thing as Good Gossip, According to New Research : ScienceAlert
New Approach to Machine Learning Could Make Chaos More Predictable : ScienceAlert
NASA Is Sending a Rotorcraft to Titan in 2027. Here’s Where It Will Land. : ScienceAlert