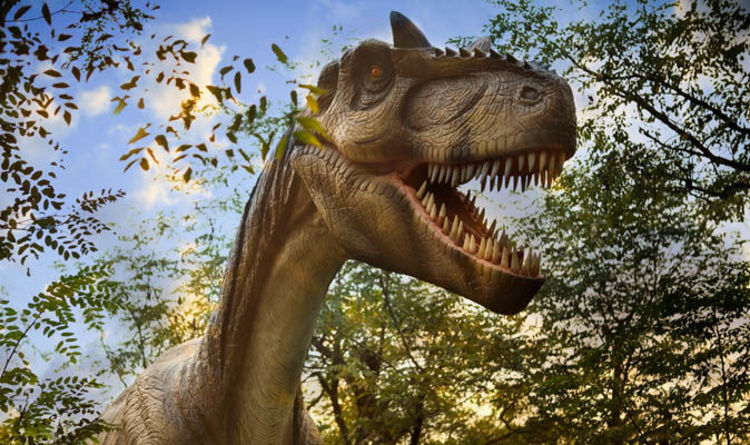 
The lure of perfume would have attracted not only insects but giant plant-eating dinosaurs, which in turn would have drawn in the meat eating monsters such as T-Rex during the mid-cretaceous period.

The vast creatures would then have carried pollen on their bodies as they moved about.

He and his son Greg, an expert on fragrances, studied the petals of prehistoric flowers which had been locked in amber, including an ancient acacia with a visiting bee engulfed on it.

The samples showed the flowers had developed the specialist tissues needed to produce scents that are still in use today.

The tissues secrete compounds that are released during flowering to attract creatures that help pollination.

Mr Poinar said: “Some of the dinosaurs could have detected the scents of these early flowers.

Experiment Reveals What 1 Hour in Nature Does to The Human Brain : ScienceAlert
Does IQ Decline as We Age? One Type of Intelligence Peaks in Your Twenties : ScienceAlert
Watch a Tiny Robot Blob Transform Into Even Tinier Bits to Squeeze Through Cracks : ScienceAlert
A Stunning New 3D Model of The Cat’s Eye Nebula May Help Us Solve Its Mysteries : ScienceAlert
This Is How Much Fossil Fuel The World Is Sitting on, And It’s a Time Bomb : ScienceAlert