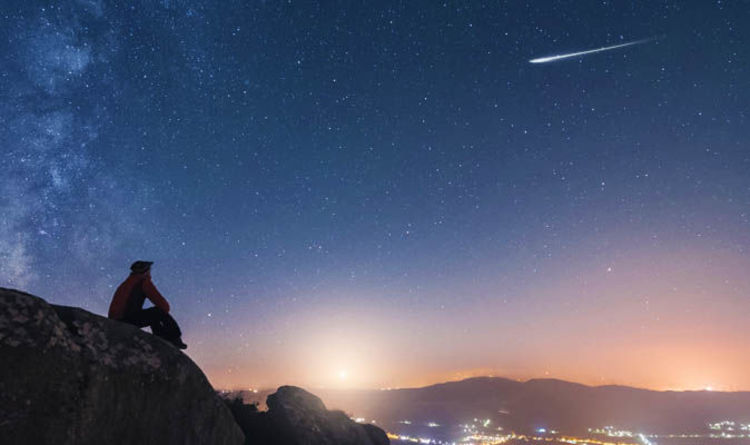 
The Perseids broke out into the skies this month with up to 70 meteors an hour dashing across the night sky.

The spectacular meteor shower peaked on the weekend night of Sunday, August 12 and carried through to the morning hours of Monday, August 13.

Stargazers around the globe who were lucky enough to see the Perseids are now waiting with bated breath for the next meteor shower.

Sky-watchers who unfortunately did not see the Perseids are equally anxious to know when the next outburst of shooting stars will happen.

Depending on how you look at it, the good or bad news is the next scheduled shower is two months away.

The annual Perseids shower is always followed by the more humble Orionids towards the end of October.

The Orionid shower kicks off around the end of September or start of October and lasts until the first week of November.

But this year the shower is most intense on the night of October 21 and the morning of October 22 when it reaches its peak.

The showers typically last between more than a week to more than a month but all have a unique zenith peak when their intensity spikes.

The Orionids are unfortunately one of the leaser showers of the year but weather permitting you should still be able to spot a few fireballs at night.

The AMS said: “The Orionids are a medium strength shower that sometimes reaches high strength activity.

This year astronomers think the shower will peak with about 10 to 20 meteors bursting out an hour.

The Orionids are the cosmic dust left in the orbital path of Comet Halley as it barrels around the Sun.

The closer the Earth approaches the comet’s orbit in October, the more frequently will the meteors appear at night.

Where will the Orionids be visible this year?

The limited shower is expected to be visible from both hemispheres which means stargazers in the UK will have a good view.

The meteor sare called Orionids because they appear to radiate from a point in the night sky in the constellation Orion.

The best time to view the meteor shower is typically just after midnight and before dawn when the skies are at their darkest.

You will not need any special equipment beyond your two eyes to see the shower but poor weather and bright moonlight could limit your visibility.

Remember to dress appropriately for the outdoor conditions and give your eyes anywhere between 20 to 30 minutes to adjust to the darkness if you venture outdoors.

Biology Inspires a New Kind of Water-Based Circuit That Could Transform Computing : ScienceAlert
Control of a 6-Qubit Processor in Silicon : ScienceAlert
Weight Lifting in Old Age Does More Than Just Keep Your Muscles Strong : ScienceAlert
Amazing New Fossils Provide Earliest Known Traces of The Evolution of Our Jaws And Limbs : ScienceAlert
We May Finally Know Why Oceans in The Southern Hemisphere Are Getting So Warm : ScienceAlert