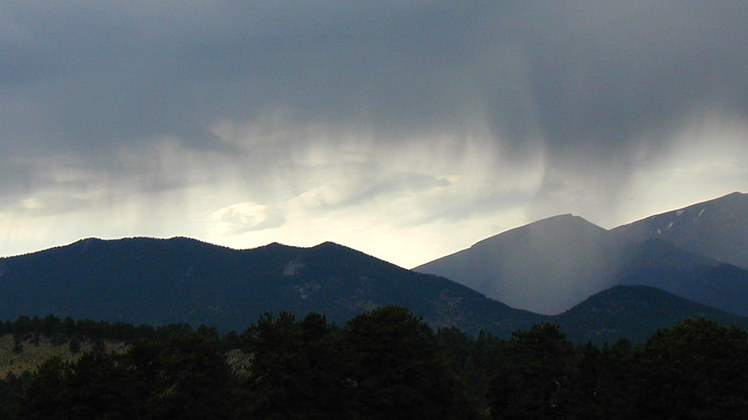 
It seems now that plastic is finding its way into every facet of life on the planet. And that’s pretty alarming.

Just a few days after scientists have found it is snowing plastics in the Arctic, now researchers have also found that it is raining microplastics in America’s Rocky Mountains… Plastic as already shown by large garbage patches in the different oceans across the world is now a part of the environment.

As reported by USGS:

In the Rocky Mountains, United States Geological Survey (USGS) scientists took samples of rainwater and accidentally found particles of microplastics. They originally had set out to analyze the samples to study rainwater for nitrogen pollution levels. Instead, they found something much more tragic.

According to the National Oceanic and Atmospheric Administration (NOAA), microplastics are pieces of plastic debris that are less than 5 millimeters in length. Microplastics, microbeads and microfibers pose a dangerous threat to aquatic life.

If these particles are ingested or marine wildlife get entangled in them, the plastics can cause injury, alter behaviors and drastically impact important populations. This could throw the balance of the entire ecosystem off kilter.

According to The Guardian:

microscopic plastics break off articles of clothing every time they are washed, which then get incorporated into water droplets before eventually getting flushed into large bodies of water.

Once in the water, the microplastics can be transported around the world in many different ways, such as environmental winds or rain clouds. While finding these particles in large cities or popularly populated areas has long been known, finding them in unpopulated areas has been a shock to researchers.

The spread of these particles has become so wide that they have even reached the food we eat and water we drink.

As demonstrated by this study:

people consume an average of five grams of plastic per week, just in the foods and beverages they consume. The same study also found that the largest source of plastic ingestion comes from drinking water, with plastic being found in water (groundwater, surface water, tap water and bottled water) all over the world.

Perhaps most striking, samples taken from unpopulated areas of the Arctic have even yielded the same results in snowfall accumulations.

Yes it appears that most of these microplastics come from the air we are breathing… And that’s a shock! That’s alarming!

Viagra Linked to Much Lower Risk of Death in Men, But Questions Remain : ScienceAlert
Major Blow as Experimental HIV Vaccine Fails in Late Clinical Trial : ScienceAlert
Mysterious ‘Zone of Uncertainty’ Inside The Brain Reveals a Surprise : ScienceAlert
Bacteria Can Use Plastic Waste as a Food Source, Which Isn’t as Good as It Sounds : ScienceAlert
An Expert Explains Why The Radioactive Water Stored at Fukushima Should Be Released : ScienceAlert