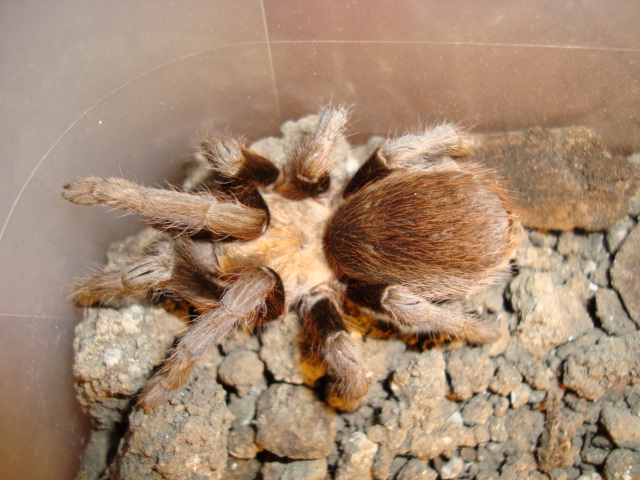 
The annual tarantula migration has started in southeastern Colorado.

And soon thousands of male giant spiders will invade the prairies to find a mate.

If you are scared of big spiders, you should think about moving out of southern Colorado for the next month or so. Beginning in late August, Oklahoma brown tarantulas will begin their trek through the La Junta area in Colorado to find a mate and that typically lasts through early October.

Female tarantulas hunker down in their prairie burrows for most of their lives, but the males walk for up to 1 mile (2 kilometers) to find a mate. However, this epic migration will look more like a steady trickle of spiders than a dense carpet of hairy brown bodies, as the tarantulas aren’t social and usually travel alone.

The spiders produce venom to subdue their prey, though the toxins are not harmful to people. However, tarantulas’ sharp fangs can pierce human skin, and bites can lead to bacterial infection. Tarantulas also defend themselves by brushing off stinging hairs on their abdomen, which can irritate a person’s skin, eyes and respiratory tract.

Males typically embark on a female-finding trek when they reach sexual maturity at around 10 years old. And the spiders’ first migration is also their last; while males may remain active through the fall, nearly all of them will die by November.

The spiders are most active at dusk in the hour before sunset, and tarantula enthusiasts hoping for a glimpse of the leggy travelers will find plenty of amorous arachnids on Highway 109 on the Comanche National Grassland.