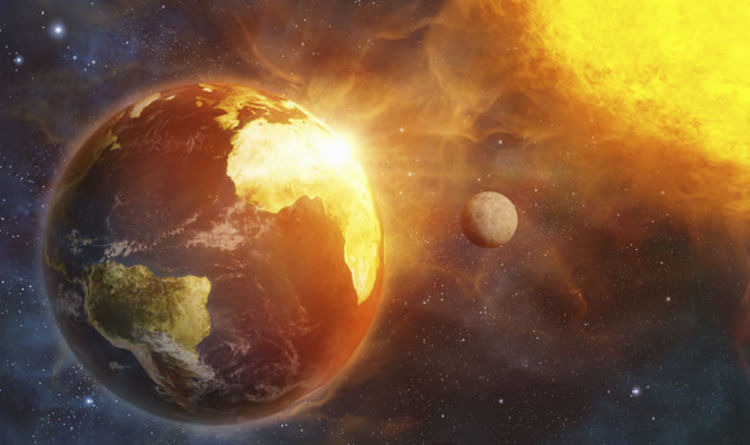 
Mass extinction events such as the Late Triassic (LTE), 201 million years, ago and the Early Toarcian (EToE), 187 million years ago, were previously thought to have been exacerbated by volcanic activity plaguing the atmosphere.

However, new research from British and European scientists has revealed that this was not the case and the extinction events were caused by natural global warming.

A new study published suggests the real reason behind the mass extinctions was due to rising ocean temperatures, acidification, and oxygen-starved waters.

Now, with temperatures rising across the globe and in the ocean, the researchers warn the same could happen to us.

According to the study published in the Proceedings of the Royal Society B: “The data show clear differences in extinction magnitude and selectivity between the hyperthermals [extreme warming events] and background intervals.”

It adds the events were “responsible for the mass extinction of marine organisms and resulted in significant ecological upheaval.”

The research says the study should be “ample warning” against climate change and how humans should try to minimise damage.

Currently, ocean temperatures are rising about 1 degree Celsius per year.

It was similar ocean temperature rises in the previous extinction events which led to ocean anoxia (in which oxygen is depleted), and acidification which massively sped up the extinction process.

The scientists, led by researchers at the University of Leeds, add that the findings go against previous research which suggested that there were no differences in what species went extinct during LTE and EToE.

“Despite differences in starting conditions, species involved, and magnitudes of global warming and environmental change, the LTE and EToE show some common patterns of selectivity.

“Both events record strong extinction selectivity against pelagic predatory guilds and against benthic photosymbiotic and suspension feeding organisms, suggesting that these groups of marine organisms may be particularly vulnerable during episodes of global warming.”

Psychologists Found a Weird Trick That Changes How Food Tastes : ScienceAlert
An Unexpected Source Might Be Helping The Universe Glow More Than It Should : ScienceAlert
Colossal Discovery on Mars Could Drive Surging Magma Under The Surface : ScienceAlert
Some People May Make Extreme Snap Judgements About You Thanks to Face-ism : ScienceAlert
A ‘Wormhole’ Built on a Quantum Computer Teleported Information as Predicted : ScienceAlert