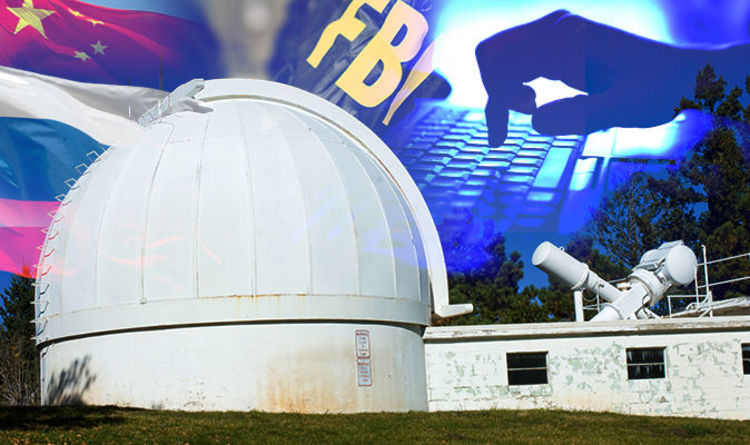 
The FBI swarmed on the National Solar Observatory (NSO) in New Mexico on September 6, where it has remained closed ever since.

The investigative agency has yet to give a reason why it has closed down the NSO where it has set up base, leading to conspiracy theories across the web.

Theories are abound that there could be some sort of alien craft or object, or a massive solar flare which the observatory spotted and the FBI wants to keep under wraps.

However, another theory which has arisen is that a foreign agent hacked one of the antennae at the NSO in order to monitor the military in the US.

Theoretically, this would make sense to hack the NSO as it is near the White Sands Missile Range, also in New Mexico.

The US Army base is the largest and one of the most secretive military installations in the US.

White Sands has primarily been used to test newly developed weapons and is infamous as the world’s first testing ground for the atomic bomb.

As such, some people believe China or Russia whats to know what is going on there.

One user on Reddit wrote: “Unsavoury actors, such as those from China or Russia, could’ve gained access to the operations there and are or have been using it to spy on US military operations or missile systems.

“The observatory is joint-shared between academic and federal institutions and it’s not far from White Sands.”

Another added: “The most likely explanation I’ve heard is that the Chinese had hacked into one of the antenna to use it for spying on launch activity at White sands as the FBI and several Blackhawk helicopters where spotted at that particular antenna.”

But while the FBI remain tight-lipped about the ordeal, there is no way of officially knowing what is currently happening in New Mexico.

The official line given was “security reasons” but local law enforcement in Sunspot, New Mexico, and workers at the the observatory have no idea what is going on.